Cancel The Christmas Party And Give Us The Money

What a miserable nation of party-poopers we're becoming. It seems that most people would rather have the cash than go to the works Christmas party.

The planning started weeks ago and the date is already in the diary for the work Christmas party -but the majority of work partygoers would rather have the cash, new research from MetLife Employee Benefits shows.

MetLife's research shows that work Christmas parties are being held at organisations employing nearly six out of ten workers (59%) this year with London employees the most likely to have a Christmas bash at 71%.

The reluctance to party might be driven by the fact that many workers are forced to take time off over the Christmas season -33% of employees say they have to take holiday over Christmas and New Year because their organisation closes. That is even higher in SMEs where 50% say they shut for Christmas and require staff to take time off, research shows. 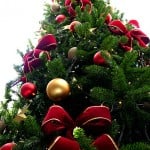 "Christmas parties can be great for morale and rewarding staff for their hard work throughout the year but it does seem as if most staff would rather just have the money.

"That is understandable with finances under pressure but it should not mean companies give up on rewarding staff with parties and other benefits which are not directly related to pay.

"In any case bonuses or cash payments have to be taxed while employers can spend up to £150 a head on Christmas parties without employees having to pay tax. Workers probably are better off enjoying the party."

The table below shows how the office Christmas party spirit breaks down – or out – across the country. 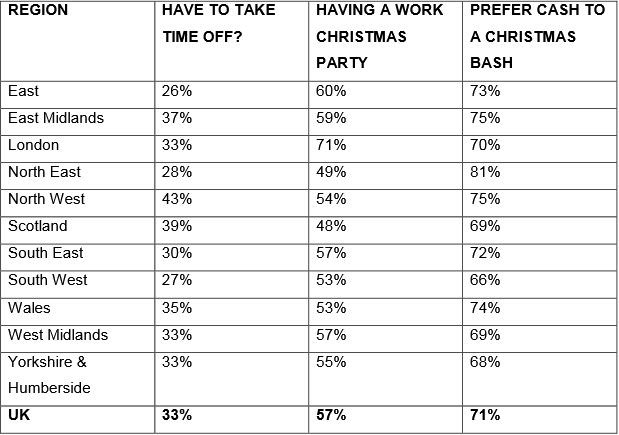