Cancer has overtaken cardiovascular disease, which includes heart disease and stroke, as the UK’s No 1 killer—but only among men, reveals research published online in the journal Heart.

Cardiovascular disease is still the most common cause of death among women, and kills more young women than breast cancer, the figures show.

The researchers used the latest nationally available data (2012-13)  for each of the four UK countries and the Cardiovascular Disease Statistics 2014 report compiled for the British Heart Foundation (BHF) to quantify the prevalence of cardiovascular disease, and find out how it’s treated, how much it costs, and how many deaths it causes.

The researchers analysed entries to the Clinical Practice Research Datalink GOLD database, the world’s largest repository of anonymised records for primary care, plus information from the family doctor (GP) quality improvement scheme known as QOF, and figures on episodes of inpatient hospital care. 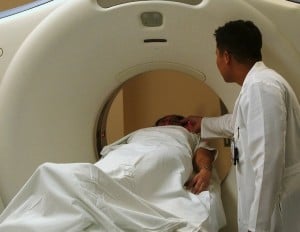 England had the lowest prevalence of all cardiovascular conditions out of the four UK countries. But there were regional variations, with higher rates of cardiovascular disease in the North of England than in the South of the country.

But this was only true of men; cardiovascular disease still killed more women than cancer.

Almost one in three deaths (32%) in men were caused by cancer compared with 29% for cardiovascular disease. The equivalent figures were 27% and 28%, respectively, for women.

Cardiovascular disease accounted for a total of nearly 42,000 premature deaths (before the age of 75) in 2012, accounting for more than one in four premature deaths in men and around one in five (18%) in women. But it still killed more young women than did breast cancer.

Once again, there were wide regional variations in death rates. There were higher rates in Scotland (347/100,000 of the population) and the North of England (320/100,000), and lower rates in the South of England.

The City of Glasgow topped the league table for death rates from cardiovascular disease for all ages, including premature deaths.

The number of surgical procedures and drugs prescribed to treat and prevent cardiovascular disease has risen substantially over the past two decades, and in 2012-13 the NHS spent just under £7 billion in England alone on cardiovascular disease, the largest chunk of which was spent on hospital care.

The equivalent cost in Wales was £442.3 million, £393 million in Northern Ireland, and more than £750 million in Scotland.

In a linked editorial, Dr Adam Timmis, of the NIHR Cardiovascular Biomedical Research Unit at Barts Health, London, describes the more than 40% drop in cardiovascular disease death rates since 1960 as “among the greatest public health triumphs in the past 50 years.” But the continuing North-South divide is a “stain on the UK’s public health record,” he writes.

The [BHF] report provides a timely reminder that in young women too [cardiovascular disease] kills more women than breast cancer. "Most of these deaths in young women are caused by myocardial infarction [heart attack] which is largely preventable through modification of risk factors,” he points out.

“And if the national effort put into the detection of breast cancer could be matched in protecting young women against myocardial infarction many more lives would probably be saved,” he insists.

6 Tips to Help You Choose the Right SEO Company