Cancer Patients are being forced into unemployment due to the after-effects of surgery and higher levels of depression.

Research into head and neck cancer patients discovered the rate of those employed fell by more than 40 per cent five years after diagnosis, where only one in three managed to secure work. They also reported unemployed cancer survivors had lower social well-being and higher depression scores.

For those cancer sufferers out of work prior to diagnosis, their reasons for not returning to work also included the knock-on effect of surgery as well as dangerous levels of alcohol consumption.

Figures from Cancer Research UK reveal more than 331,000 people were diagnosed with cancer in 2011 – around 910 every day. According to mouth cancer campaigners, the problems are exacerbated for mouth cancer patients.

It was a similar story when it came to a patient's physical and mental health, with more than a third (36.7 per cent and 39.3 per cent respectively) recording low functionality after the five year analysis.

Dr Carter said: “The results of the study show the scale of the problems cancer patients have to live with. For mouth cancer patients, the corrective surgery required to remove cancerous cells often leaves physical and emotional scars that can take years to heal. 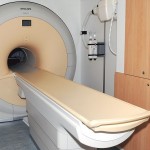 “While all cancer patients require a great deal of care, those recovering from mouth cancer clearly suffer from the after-effects of surgery, both physically and mentally. It can take a prolonged period of time to eat solid foods, learn to speak again, swallow without feeling discomfort and even breathe properly. In some cases, mouth cancer patients will experience these for the rest of their lives.

“That is why early detection of this disease is so important. Most people with mouth cancer present late as stage 4 – the most advanced stage where time is of the essence in potentially saving a life and reducing the need for invasive surgery.

“Warning signs for the disease include ulcers that do not heal within three weeks, red and white patches in the mouth and unusual lumps or swellings. If you spot any of these, or are unsure if it’s something normal or otherwise, our advice is crystal clear – if in doubt, get checked out.”

The research identified 55 head and neck cancer patients under the age of 60 who had survived more than two years. Each patient completed a survey including subscales from the Functional Assessment of Cancer Therapy (FACT) instrument, the Miller Behavioural Style Scale, the General Perceived Self-Efficacy Scale, the Patient Health Questionnaire-9 (PHQ-9) and the Hornheider Fragebogen-short version measuring need for psychological interventions.