A long term study of cannabis use has found that it lowers the users’ IQ and is more damaging the younger the user is.

The study of over 1,000 people from Dunedin, New Zealand followed them from their birth to age 38. Those taking part were asked about their cannabis use when they reached the ages of 18, 21, 26, 32 and 38 with their IQ having been measured at age 13 and then again at age 38.

They found that those users who started later in life did suffer a fall in IQ but this was restored of the user gave up. However, those that started early and kept on using cannabis suffered a substantial and more importantly, permanent loss of IQ.

The results showed that those who used cannabis throughout had an average of eight points knocked off their IQ score. This might not sound much, but remember that the average IQ is only 100. And the way that intelligence is distributed (a bell curve) means that, whereas the average non cannabis user has 50% of the people ranking higher in intelligence, users have 71% of people ranking above them.

That would put users, especially those that start early and persist, at a distinct disadvantage when looking to go to university or apply for that high flying job.

The study would indicate that older brains were more resilient than those of the young.

One of the report’s authors, Professor Terrie Moffat of King’s College London’s Institute of Psychiatry, is quoted in the Guardian as saying “This work took an amazing scientific effort. We followed almost 1,000 participants, we tested their mental abilities as kids before they ever tried cannabis, and we tested them again 25 years later after some participants became chronic users.

“Participants were frank about their substance abuse habits because they trust our confidentiality guarantee, and 96% of the original participants stuck with the study from 1972 to today.

“It's such a special study that I'm fairly confident that cannabis is safe for over-18 brains, but risky for under-18 brains.”

This will just add more grist to the mill that is the ongoing debate about the pros and cons of using cannabis. 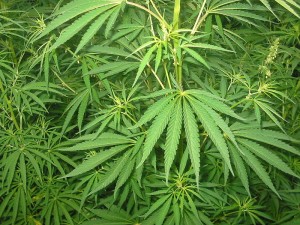