Following the rejection faced by Ms Richter and others at the Cannes Film Festival, The British Polio Fellowship is calling for the festival to change its policy, after what are clearly discriminatory acts against those with disabilities.

According to other sources, a number of women who were reported to have similar medical conditions were also banished from the events for wearing flat shoes. Asif Kapadia – whose Amy Winehouse documentary premiered in Cannes last weekend, said his wife had been stopped on the red carpet for wearing flat shoes but was "eventually let in".

Women living with the late effects of Polio and Post Polio Syndrome (PPS) would often experience the same physical difficulties as those people rejected at Cannes. 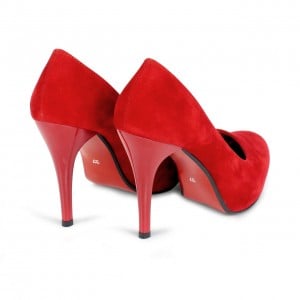 “Discriminating against women (or anybody) who have these sorts of medical conditions is completely unacceptable. The Cannes Film Festival need to reassess and adapt its expectations and policies to fit with the millions of people in the UK and the rest of the world living with physical disabilities,” said Ted Hill MBE, CEO of The British Polio Fellowship.

Actress, Emily Blunt, has vocalised her distaste for the actions taken by Cannes Film Festival and has highlighted the lack of equality describing it as “very disappointing, obviously”.

The British Polio Fellowship have become a strong voice for accessible fashion and in June 2014 it made waves when commissioning the design of the first dress that fully incorporated the wheelchair, which charity ambassador and Paralympian Anne Wafula-Strike MBE modelled at various locations around London, including Euston Station and Kensington Gardens.

The charity also worked closely with disability fashion specialist Izzy Camilleri who designed British Polio Ambassador Anne’s dress for her investiture at Buckingham Palace when she received her MBE. The charity is the leading voice in the UK for people living with the late effects of Polio and PPS, a debilitating neurological condition that affects 80% of people who have had Polio later in life in the form of a sever reduction in stamina, cold intolerance and increased pain in previously affected and unaffected muscles. As a result of both Polio itself and PPS many of the charities members now live with mobility issues with the charity continuing to offer them a voice.

Ted Hill’s calls for the film and fashion industry to diversify following the shocking discrimination faced by Valeria Richter at Cannes. The charity, originally known as the Infantile Paralysis Association when it was founded in 1939, was one of Britain’s first to focus on disabilities, and now with many of their members once again living with a legacy of immobility as a result of Polio their focus on accessibility is as important as ever.

“We have a duty to our members, many of whom are wheelchair bound or live with a severe reduction in mobility and it’s important that they are fairly represented in society,” concluded Ted.

Tintin: The Secret of the Unicorn – trailer