Can’t Afford a Picasso? Try Investing in This Stock Instead

There’s one point that I cannot stress enough in this column, and longtime readers are sure to know it: consumer confidence is extremely important for economic growth here in America.

It’s simple logic. Because so much of our economy is built on domestic spending, without an increase in consumer confidence, consumer spending will languish and we won’t have higher levels of economic growth.

Over the short term, consumer confidence declined due to people stating their concerns regarding a weakening of economic conditions. What’s more concerning is that the expectations for the next six months worsened, as people stated they were increasingly worried about their job prospects and earnings, which isn’t a surprise considering the data hasn’t been all that positive lately, especially when it comes to wage growth.

If consumer confidence is turning pessimistic over the stability of jobs or paychecks, how can we really expect the average American to increase their spending or businesses to feel more confident in expanding?

This type of uncertainty leads to slower economic growth. If you are unsure of your financial health over the next few months, chances are you won’t increase your spending, and a lower level of consumer confidence leads to muted economic growth.

Clearly, one market sector I am worried about is that of companies catering to the average American. 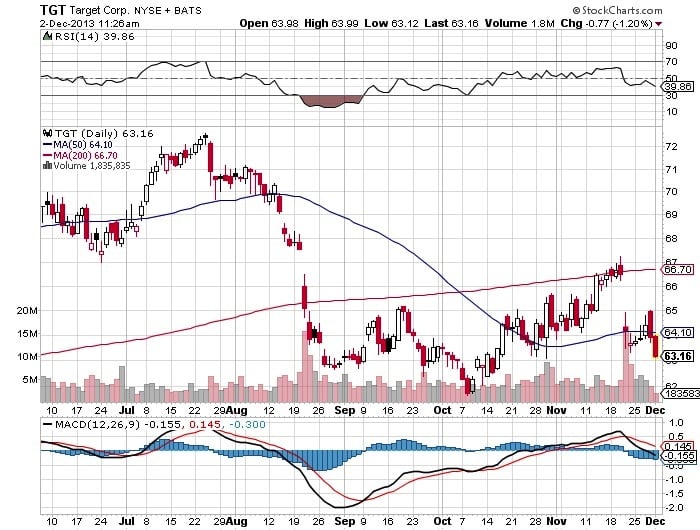 Target Corporation (NYSE/TGT) is exactly the type of company I would avoid. With consumer confidence and slower economic growth, this type of retailer is being forced to participate in extremely competitive price matching just to win that one dollar from price-conscious consumers. Of course, this leads to lower income levels and smaller profit margins.

I would continue to be very cautious about any company that sells to the average American. However, not all consumers in the U.S. economy are suffering from stagnant (and dismal) wages, declining consumer confidence, and the lack of economic growth.

The wealthy are benefiting from higher asset prices, especially in the stock market. If you were to take a look at the high-end art market, you would see that many assets in this sector are hitting record levels in spite of declining consumer confidence and nonexistent economic growth.

The following stock chart is of Sotheby’s (NYSE/BID), the famous international auction house. Clearly, this chart looks much different from Target’s chart above. 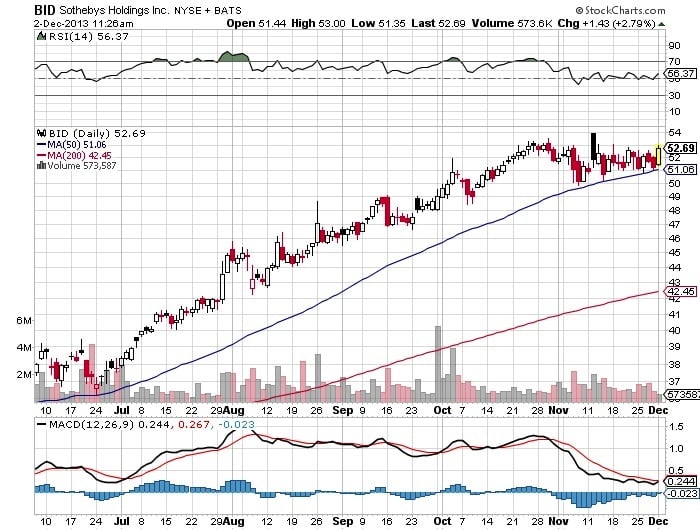 With the superrich segment of the global population benefiting from money printing, they’re piling their investing dollars into assets like high-end art. As a shareholder in this stock, one can profit through the company’s commission from each sale.

Your wages may not be increasing, but that doesn’t mean you can’t make money in this market. While no one can predict exactly what a stock will do, in my opinion, over the next decade, we will continue to see money printing coming from not just the Federal Reserve, but from central banks around the world. And it’s clear that all of this easy money will continue to benefit the top one-percenters, who would like nothing more than to spend this cash on some fine art.

I may not be able to afford a Picasso, but I can certainly appreciate it if I owned shares in a stock like Sotheby’s.

This article Can’t Afford a Picasso? Try Investing in This Stock Instead by Sasha Cekerevac, BA was originally published at Investment Contrarians