“Arguably the Chancellor’s job is facing an even tougher task for this Comprehensive Spending Review than the last one. Departments have already endured one round of deep cuts, but we’re now starting to look at the period where the cuts are projected to be the deepest. In many ways the Chancellor has made life harder for himself by pledging to protect health and parts of education. With Annually Managed Expenditure also continuing to rise sharply, this is increasing the scale of the pain that unprotected departments are facing.

“There is a clear case to be cutting back current spending over the medium term. Public sector current expenditure was around 42Â½% of GDP last year; it has only been that high on a handful of occasions. History suggests that there is little appetite to try and reduce the deficit by increasing the tax burden which, at 38% of GDP, is already close to its highest level over the past twenty years. 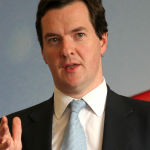 “We’ve seen a run of better data recently which hints at a slightly stronger recovery than previously expected. However, there remains a good case for raising capital spending to try and inject extra demand into the economy and increase chances of the recovery becoming more firmly entrenched. The Chancellor will tell us how he will share out the extra Â£3bn a year of capital spending from 2015/16 that he had announced in the Budget. But this is pretty small beer and will do little to alter the growth outlook. And with the Chancellor having passed up the opportunity to announce bolder increases in capital spending in the Budget, when the recovery had looked shakier, there would appear to be very little chance of any significant announcement this week.”

The inequality of human rights