Mark Carney has hit the ground running this week – not only has he promised to review who is on our bank notes, but at his first monetary policy meeting he also convinced the rest of the committee to opt for a soft form of forward guidance. The MPC said that market expectations of higher rates over the next two years were not warranted by recent developments – in other words signalling that rates will be held at record lows for some time yet.

In one move, Carney exposed King’s failings – in particular his inability to forge consensus, but also his lack of understanding about the importance of central bank communications. And the very fact that Carney had to act also tells us something about the Bank’s past analysis.

UK market rates and gilt yields have risen over the past two months. This is partly because people are hopeful that some of the better economic data signals a turning point. But it is also because market interest rates have risen in the US, following the Federal Reserve’s discussions about tapering its current pace of asset purchases and an eventual rise in rates. Because the US is the global benchmark in financial markets, when yields rise there, they tend to in the rest of the world as well. UK ten-year benchmark yields have also risen since May, alongside those in France and Germany.

But, according to the Bank’s past work, this isn’t supposed to happen. Back when the Old Lady started quantitative easing (QE), she produced various pieces of research claiming that the policy had reduced long-term yields. Spencer Dale, the Bank’s Chief Economist, was particularly keen to claim that QE had reduced long-term UK yields by at least 1%, thereby boosting growth. The reduction in yields was assumed to be entirely QE-driven, rather than reflecting other factors. 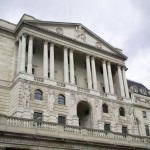 The problem is that the Bank’s old analysis was deeply flawed. In particular, no allowance was made for the fact that UK yields – like those in France and Germany – tend to track what happens in the US. Separate academic evidence suggests that actually the vast majority of the fall in UK yields can be accounted for by global developments, rather than UK monetary policy: US yields fell, and the UK followed. The fact that we are seeing exactly the reverse right now – UK yields following US yields upwards – is a clear indication that the Bank got it wrong. This means that the Old Lady’s QE programme is unlikely to have had the massive impact that some of its proponents claim.

All of this suggests that Carney has his work cut out to change the old thinking and culture at Threadneedle Street. He has made an encouraging start: but getting policy right in the future will necessarily require some acknowledgement that Mervyn and co got things wrong in the past.

British media is racist and elitist in bombing coverage