Today’s source of excitement in the City was the scrutiny of the UK’s latest import. With both the ECB and the BoE firmly sitting on their hands and refusing to provide further stimulus, the main event was the grilling of BoE Governor-elect Mark Carney by Parliament’s Treasury Committee.

In the weeks since Carney’s surprise appointment, there has been much media speculation about his pay package, his views on monetary policy, and other matters. Contemplative remarks have been seized upon to divine some hidden message of signal about his intentions. But this was the first chance to really put the man himself on the spot.

So what did we learn? Carney spoke calmly and eloquently for three hours on a wide range of subjects. He was, in the main, very charming, sharing jokes with the committee and carefully presaging answers to difficult questions with the necessary caveats. It turns out that he is in favour of flexible inflation targeting – but thinks we should debate the merits of other approaches, and did not rule out the need to shift to a GDP target if things got really bad. He tried to tread carefully around the current monetary stance, but gave the impression that more needs to be done. This is definitely not a man who thinks that there is nothing more the MPC can do to get the economy moving. 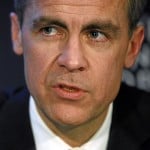 On financial stability, he was if anything even more comfortable. As Chair of the global Financial Stability Board (FSB), that is perhaps unsurprising. But his pithy explanations to David Ruffley of key economic concepts, and his grasp of the challenges facing regulators as they try to agree and implement complex financial reforms (the liquidity discussion alone was worth watching), were deeply impressive.

Importantly, Carney also accepts that, as Governor, he will have to delegate both responsibility and authority to others; not everything will depend on his view. One of the most revealing moments of his testimony was the dry smile (swiftly controlled) that followed the description of his predecessor as the ‘Sun King’.

The lasting impression was of a deeply intelligent individual with a strong grasp of monetary and financial issues, who is open to ideas and will seek to forge consensus rather than rule with an iron fist. In that, at least, he has already proven himself to be a cut above Governor King. Let us hope he can set the same tone when he joins the Old Lady.