The deal to build a new nuclear power plant will mean higher energy bills and tie Britain into a costly and outdated technology for decades to come, the Green MP for Brighton Pavilion said today, as she called on the National Audit Office to investigate.

Caroline Lucas said it was reckless of the Government to guarantee the consortium building the new plant at Hinkley Point a strike price of almost twice the wholesale cost of electricity.

“This is a terrible deal for billpayers. At a time when the costs of renewable energy are rapidly falling, it’s reckless for the Government to subsidise the nuclear industry in this way.

"There remain serious safety concerns about nuclear, and no safe, reliable way to deal with the toxic waste it creates. The Public Accounts Committee has already said that we are accumulating hazardous nuclear waste in outdated facilities which will cost tens of billions to clean up. 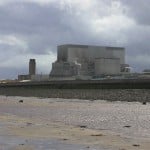 Hinkley Point B by Robin Somes

“And on top of the possible costs of waste disposal, there could be a range of other costs to billpayers and taxpayers in future – for example from dealing with nuclear accidents, and decommissioning plants in future.

“Overseas investors will make massive profits from this deal, funded by British billpayers. It will further increase the distance between those who profit from nuclear and those who pay for it.

“Instead of locking Britain into this costly and risky technology, the Government should be investing seriously in energy efficiency and renewables, the costs of which are rapidly decreasing. The Government is giving the consortium a guaranteed price for 35 years, but despite decades of subsidy nuclear is becoming increasingly expensive.”

Earlier in the year, Lucas and other MPs wrote to the National Audit Office calling for a review of the negotiations between the Government and EDF. She will now call for an investigation of the value for money of the strike price.

A calm start to the week, but is there another storm brewing?