The Green Party’s MP Caroline Lucas has strongly criticised the government’s plans to privatise the Student Loans Company by 2015.

Her remarks come before a Day of Action on the 20th November, when hundreds of students and graduates will be taking peaceful action to protest against the sell-off. Planned activities include ‘debt obstacle courses’, banner drops, marches and occupations. Five Young Greens groups are organising events on campuses across the country, and 20 campuses in total are planning to take part in the Day of Action so far.

In a statement backing the national Day of Action, Caroline Lucas, MP for Brighton Pavilion, said: "Education is one of the most important rights we have, but the Government seems intent on treating it as a source of profit for private investors.

“Students are right to be angry, and to exercise their right to peaceful protest against yet another harmful and unnecessary privatisation.”

Young Greens North Co-Chair Hannah Ellen Clare will be leading University of Liverpool students at a rally and a light-hearted ‘debt obstacle course’ next Wednesday:

Clare said: "It's really important that we fight the continual attacks against students. This is just another attack in a long line and I hope the protests show how unacceptable it is."

Young Greens National Committee member Josiah Mortimer said: “The Young Greens are proud to back this Day of Action in what will mark a key step in opposing yet another affront to young people by this right-wing government.

"This campaign could revitalise the student movement and show that students are rightly concerned about their futures and the huge burden of debt placed upon them at university which will only rise in the face of loan book privatisation”.

Other Young Greens groups organising actions at their universities including Manchester, East Anglia, York, and Nottingham.

Lucas added: “Selling off the student loan book takes us another step towards an American-style education system, where studying for a degree can mean being in debt for life.  It’s clearly unfair on students, but also on taxpayers who will foot the bill when the Government has to pay penalty fees resulting from students being unable to repay." 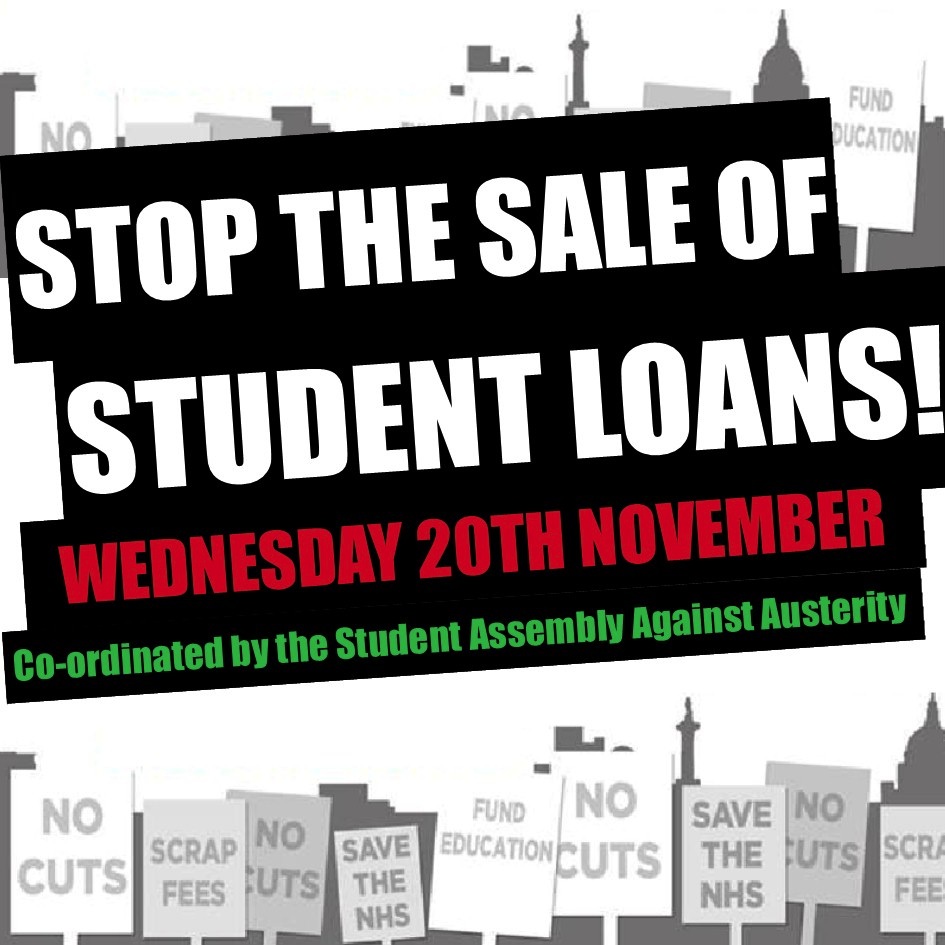