Caroline Lucas, the Green MP for Brighton Pavilion, is launching a new bill as part of a campaign to give people more control over public services.

Her Private Member’s Bill is based on work by We Own It, which campaigns to shift the debate on public ownership, and to show that public services are better in public hands.

The Bill, to be presented in Parliament this week, would make public ownership the default option before privatisation takes place, and ensure private companies running services are more accountable and transparent. It would cover a range of services, including the NHS, public transport, and local services such as schools and libraries.

• Make public ownership the default option before any services, national or local, are contracted out to the private sector

• Give social enterprises and mutuals, as well as public sector organisations, priority in tendering processes 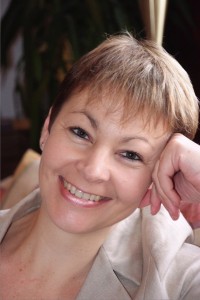 “Since the 1980s we’ve seen more and more areas of public life put up for sale, with money diverted from services to shareholders. In Brighton and across the country, people are increasingly questioning the tired ‘Private is Best’ myth.

“There are positive, pragmatic alternatives. When services are owned by the people who rely on them, there is more accountability, more democracy, and the knowledge that profits aren’t ending up in the pockets of big business.

“Councils are starting to bring services back in house – not because of dogma, but because it’s more cost-efficient.

“This Bill is about improving the quality and accountability of the services we all rely on. It’s supported by public opinion and I hope other MPs can get behind it.”

The We Own It campaign was set up last year to highlight the benefits of public ownership. Last year it carried out polling which showed that:

Cat Hobbs, Founder of We Own It, said:

“It's brilliant that Caroline Lucas is taking a stand for the people who use public services. Public ownership is popular, and people are sick of the endless stream of sell-offs and outsourcing deals. This Bill would give all of us a real say over what happens to OUR public services. Privatisation has failed and now we need openness, transparency and accountability. All parties need to get behind the Public Service Users Bill and stand up for the rights of ordinary people, not dodgy outsourcing giants."

Caroline has already tabled a Private Member’s Bill to bring the railways back into public ownership, and campaigns for a publicly provided, publicly funded NHS.

Oil Megaprojects Won't Stay On The Shelf For Long