Customers are using less cash than ever as retailers make it easier and more convenient to shop and pay. New data reveals that a growing proportion of smaller payments previously made in cash are now being made in other ways. The availability of contactless cards, handy express stores and self-service tills as well as online sales have contributed to the increased use of debit cards to 50 per cent of retail sales value in 2013, up by 11 % over the last five years. Over the same time period there has been a decline in the average debit card transaction value, and in the use of cash by 14 per cent.

Debit cards now account for 32 per cent of the number of transactions compared to 30 per cent last year. As everyday use of digital technology increases, customers are becoming accustomed to using the latest developments in ways to pay. However, cash remains the dominant method of payment, with 53 per cent of transactions still made in cash, although this has declined by 3 per cent over the last year and 10 per cent over the last 5 years.

The British Retail Consortium's (BRC) Payments Survey 2013 [1] published today (Monday) covers 60 per cent or £191 billion in retail sales in 2013. It tells a different story for credit cards as customers are spending the same amount in total but for fewer items, suggesting more considered purchasing. During 2013 the share in transaction volumes fell by 13 per cent (from 11 per cent to 9 per cent). The average transaction value was up by 12 per cent on last year. This reverses a decline in average transaction values over the previous three years. 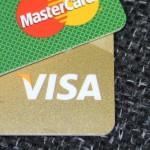 “Customers are taking advantages of new ways to shop and pay. The availability of contactless cards, handy express stores and self-service tills as well as online sales has increased the use of debit cards for smaller payments in place of cash. This is very much in line with the attention customers have paid to price and value during the recent economic uncertainty as they have sought to minimise payments from their budgets for everyday items.

“The recent pattern of spending on larger but fewer products on credit cards shows that customers are now feeling more confident than they did a year ago and reflects the wider consumer outlook of cautious growth.

“Cash use down 14 per cent in the last five years is a milestone in the development of our digital economy. It shows that customers are embracing digital shopping whether online or on the high street and retailers are adapting and evolving to meet the demand with excellent services. However, it is important to note that cash still remains dominant in the overall number of transactions.

“It is really disappointing that the average cost of accepting both credit and debit cards have increased over five years, while cash costs have gone down. Interchange fees cost the retail industry and its customers almost £1 billion in 2013. The much-welcomed European proposals to cap how much banks can charge retailers to process card payments are close to final approval, but in the meantime, we continue to work with the UK Government and Payment System regulator to implement caps on UK fees without further delay, as has happened in other European countries”.