Too many medium-sized businesses are locked out from the essential sources of growth finance and support they need to export and invest abroad, the CBI and BDO said today.

In a new joint report from the CBI and BDO, ‘Go your own way’, the Government and private sector are urged to get behind the international ambitions of medium-sized businesses (MSBs), which are being held back by a lack of access to finance, as they journey from non-exporter to global business. CBI research has shown that MSBs could be worth an additional £20bn to the economy if only the UK can unlock this growth, particularly at a global level.

The CBI and BDO warn a lack of access to export finance could hurt the economic recovery if financial providers, both private and UK Export Finance (UKEF), fail to plug the gap. Only 52 small and medium-sized firms received direct assistance from UKEF in the last year. The report calls for an ambitious expansion in UKEF support which would aim to directly assist 250 small and medium-sized businesses by 2015.

The report highlights that half of medium-sized businesses (MSBs) see ‘exporting to new markets’ as core to their growth strategy and three quarters (78%) of MSBs expect to generate more revenue from investment abroad in the next three years. However, it is a matter of concern that MSBs have little knowledge of the schemes that the Government offers and two-thirds of MSBs are unaware of UKEF itself, while 69% of SME exporters are not aware of UK Trade and Investment, the Government department charged with helping business succeed in international markets.

“There is a disturbing gap in export finance that is shackling the international ambitions of medium-sized businesses and could damage the UK economy’s long-term prospects.

“Government support has improved, but the reality is that they have not even scratched the surface when it comes to supporting the efforts of British medium-sized businesses. UKEF must reach out to far more businesses on the ground.

“Both the Government and private sector must take an urgent look at how they can better deliver export finance to the growing companies that need it most, especially for new or smaller exporters. The minimum value for deals under the Direct Lending Scheme is £5 million, which is often much more than new exporters need.”

“The UK’s global export share has fallen by nearly 50% in the last 30 years. Just over 5% of our exports are to the BRIC countries and we still export more to Ireland than to China. Clearly, the journey that UK businesses could, and should, now undertake goes beyond the traditional notion of exporting or selling abroad.

“But there are currently two barriers at play for MSBs: knowledge and support, including financial. MSBs need active help to understand their potential for international success and support to implement their plans.”

The CBI and BDO also want to see greater numbers of large firms gain an advantage from reviewing their supply chains and assisting medium-sized suppliers where they can to enter new overseas markets, as happens with some industry-leading firms now.

“Collaboration is key. International markets are no longer just the realm of big business, but larger or more experienced firms can help MSBs internationalise if they share their knowledge and experience in developing global business models. Companies such as Cath Kidston and Cromwell prove that the non-exporter of today can be the global businesses of tomorrow, but only if the Government, big business and finance providers play ball.”

In the report, the CBI and BDO also call for a review of the unintended consequences of the Bribery Act, highlighting that many medium-sized businesses are frustrated by the level of bureaucracy and complexity involved in complying with current law. 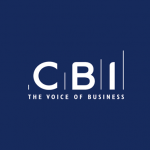 “Corruption is wrong and distorts markets, but the current restrictions of the Bribery Act give the damaging impression that it is difficult to do business with UK businesses. The Government must look at the unintended consequences of current legislation that obstruct businesses from expanding into overseas markets.”

‘Go your own way’ also offers practical steps and advice on breaking into new markets on the journey from non-exporter to global business.