The likelihood of the Bank of England (BoE) moving to raise interest rates in the earlier months of 2016 has continued to decline this week, after Friday’s confirmed slowing of UK growth and dovish comments from policymaker Gertjan Vlieghe. As markets have also shown increasing scepticism towards George Osborne’s revised autumn budget, with economists expressing concerns over the veracity of tax receipt forecasts on which the balance of cuts and spending hinges. Following a particularly disappointing domestic Manufacturing PMI, the Pound has remained softened on Tuesday, although a stronger showing on the corresponding Services PMI later in the week could increase the appeal of Sterling.

Ahead of Thursday’s European Central Bank (ECB) policy meeting the single currency has been struggling to remain buoyant, with pundits uncertain over the nature or extent of any quantitative easing measures policymakers will announce. Nevertheless, following an uptick in German inflationary pressure and an unexpected decline in unemployment for both Germany and the wider Eurozone the Euro has been able to make some gains. Trade is likely to become more cautious as the week progresses and the dovish tone of ECB President Mario Draghi looks set to drive the Euro down further.

After a stronger-than-expected Durable Goods Orders figure, the US Dollar was shored up by the increasing probability of the Federal Open Market Committee (FOMC) voting to raise interest rates in December. However, slowing US Pending Home Sales and continuing contractions within the Chinese manufacturing sector have somewhat dented confidence in the chances of an imminent rate hike this week. Volatility is expected for the ‘Greenback’ in the lead-up to Friday’s pivotal November Non-Farm Payrolls report, as a solid employment figure would lend strong support to the Fed’s desire to increase interest rates.

Despite both gold and iron ore having retreated into the region of multi-month lows and persistent copper price softness, the Australian Dollar has been on relatively bullish form. A raft of more positive domestic data has helped to bolster demand for the antipodean currency, with the Australian economy showing some sustained signs of recovery. Overnight the Reserve Bank of Australia (RBA) voted to leave interest rates unchanged, a further endorsement of the robustness of local economic conditions that saw the ‘Aussie’ making strong gains against rivals. 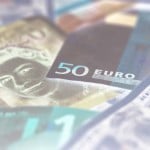 A more bearish US Dollar has helped to push the ‘Kiwi’ onto a stronger footing this week in spite of fears that the Reserve Bank of New Zealand (RBNZ) will look to slash interest rates at its rate decision later in the month. Tuesday has seen the New Zealand Dollar trending higher, although the domestic Terms of Trade Index contracted more severely than anticipated in the third quarter and Chinese manufacturing weakness continues to put pressure on the South Pacific currency. With domestic data rather limited over the coming week, ‘Kiwi’ volatility can be expected on the back of upcoming US economic releases.

Oil prices have remained turbulent this week, as global supplies have continued to edge up as China’s slowing economy suggests an increasing decline in demand. Expectations for a weaker Canadian GDP report have equally dragged on the ‘Loonie’ on Tuesday. With both the Bank of Canada (BOC) rate decision and a major Organisation of the Petroleum Exporting Countries (OPEC) meeting scheduled in the later week, marked movement is expected for the Canadian Dollar.

Are Your Online Habits Affecting Your Employability?