* The most expensive sale was a terraced house on Upper Brook Street, The City of Westminster for Â£27m.

* The cheapest was located in Ferndale, Rhondda Gynon Taff, South Wales. A flat which sold for Â£10,000.

Good news for home owners and investors alike this month as, across the country, the improving economy has given the property market a boost. Increasing availability of credit, marginal rises in employment and Osborne’s flagship help-to-buy scheme have all contributed to signs of growth in both transactions and prices.

Whilst a very strong performance in Prime London Central (PLC) hiked-up the look of the national figures, the average price with PLC excluded still showed growth of 4%, reaching an average price of Â£229,471.

Once again, the grand slam was won by PLC. Whilst overall transactions saw a slight rise of 3%, property prices grew 10% over the month. The average has now breached the Â£1.5m barrier for the first time to stand at a new high of Â£1,512,248.

These figures should be treated with caution, however. The performance has been buoyed by an increased number of high value sales above Â£5m. In this price segment, transactions rose from 15 to 27, representing an 80% increase over May 2012. In fact, throughout the UK, all but one sale above Â£5m took place in PLC. The most expensive sale was a terraced house located in Upper Brook Street, Westminster. This went for Â£27m. The most money paid outside the capital was Â£7,883,364 for a terrace house in Sandwell, West Bromwich. 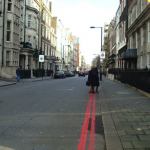 A recent report by Zoopla Property Group showed a significant rise in property millionaires, with over 300,000 properties, in total, having crossed the threshold. Land Registry data also demonstrated a rise in Â£1m+ transactions of 15% since last year. Interestingly, however, only one sale above Â£5m took place on Zoopla’s ‘20 most expensive streets’ in May. This was on Grosvenor Crescent for Â£12.75m.

“Whilst it is clear that there is no glass ceiling when it comes to prices in Prime London Central, it is worth noting that only 27 sales took place above Â£5m. With so few transactions every month in PLC (just 525 in May), these top-end deals do tend to mask real average prices. When these sales are excluded, the average price of property in PLC falls to Â£1,061,194. In fact, 1/3 of all sales took place in Â£500,000 – Â£1m bracket” explains Naomi Heaton, CEO of London Central Portfolio.