New right to paid leave for grandparents to look after grandchildren

Working grandparents are to be given a new legal right to take time off to help care for their grandchildren in an extension of the system of flexible parental leave, Chancellor George Osborne has announced.

The move is designed to encourage more people to stay in the workplace for longer, boosting the economy, rather than having to decide to give up their jobs if they want to support their families in the first year of a grandchild’s life.

It will also allow more working parents to return to work more quickly, should they wish to, since they will have the option of sharing part of their parental leave entitlement with one of their parents.

From April this year, shared parental leave has been offered to all new parents, allowing a mother and father to divide up a total of 50 weeks of leave. 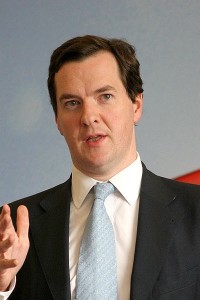 The policy has been designed to encourage fathers to take more time off with newborn children, and allow mothers — increasingly often the main breadwinner in a family — to return to work more quickly if they want to.

Extending the right to share leave to grandparents is a logical extension of existing policy, the Chancellor said. It will not increase the overall amount of time a family can take off work to support a new child, but give them more flexibility to decide which family member takes the lead.

It will particularly benefit single mothers, who cannot currently choose to share parental leave but will now be able to do so with one of their child’s grandparents.

Parents will be able to share up to 50 weeks of leave and up to 37 weeks of parental leave pay, currently £139.58 a week or 90 per cent of average weekly earnings, whichever is lower, with a nominated working grandparent. Leave must be taken by the child’s first birthday, and any remaining is then lost.  The Government will consult on the change in the law in the first half of next year.

Research suggests more than half of mothers rely on grandparents for childcare when they first go back to work after maternity leave, and two-thirds of grandparents with grandchildren aged under 16 provide some childcare. In total, some seven million grandparents are involved in childcare.

Nearly two million grandparents – 14 per cent – have given up work, reduced their hours or taken time off work to help families who cannot afford childcare costs.

‘Increasing numbers of grandparents, however, also want to remain in work themselves. Research shows‎ two million grandparents have either given up a job, reduced their hours or taken time off work to look after their grandchildren.

‘Allowing them instead to share leave with their children will keep thousands more in the workplace, which is good for our economy. This is a modern Conservative policy that backs working families and gives them the freedom to choose what will work best for them.

‘We will work with employers to make sure that we introduce this as simply as possible. It’s an opportunity for employers who want to retain older members of their workforce, who might otherwise choose to leave the workforce permanently.’