Budgetary measures that increase the UK’s dependency on fossil fuels would have a disastrous impact on the UK’s economic and environmental wellbeing, Friends of the Earth said today (Tuesday 19 March 2013).

The environment charity warned the Chancellor that with our creaking, dirty energy system needing over Â£100 billion of investment, he has isolated himself from major energy investors like Alstom, Vestas, SSE and Mitsubishi by refusing to support a 2030 target for decarbonising the energy sector.

Instead of encouraging the UK’s huge clean energy potential from the wind, waves and sun, George Osborne has kept the UK hooked on fossil fuels – with nearly a billion pounds in tax breaks given to North Sea oil and gas production betweenÂ the 2012 Budget and January 2013.

Friends of the Earth is urging George Osborne to: 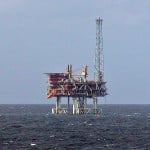 “George Osborne may not care about saving the planet, but he can’t continue to ignore the calls of major businesses and energy investors for robust support for clean energy and infrastructure.

“The UK sits on an economic goldmine – hundreds of thousands of jobs could be created across the country if we harness the clean energy revolution and invest in helping every home to slash waste.

“With our economy at a critical crossroads, the Chancellor risks going down in history as the man whose fossil fuelled obsession drove the UK into an economic and environmental dead end.”