The bosses of the 200,000 registered charities in the UK were urged not to take part in the government's new 'workfare' programme launched today (Monday 28 April), with government 'insiders' saying that the unemployed could be used to refurbish war memorials.

Unite, the country's largest union, which has 60,000 members in the voluntary sector, branded the scheme as “nothing more than forced unpaid labour”.

Unite is supporting the group of voluntary organisations, which includes Oxfam and Anti Slavery International, that has launched Keep Volunteering Voluntary.

Unite's reps in the not for profit sector will be raising the exploitative nature of the new scheme and asking charity managers not to sign up for community work placements which are being promoted by Work and Pensions secretary Iain Duncan Smith.

“This scheme is nothing more than forced unpaid labour and there is no evidence that these workfare programmes get people into paid work in the long-term.

“We are against this scheme wherever ministers want to implement it – in the private sector, local government and in the voluntary sector. 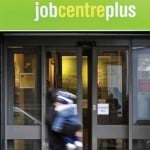 “The government sees cash-starved charities as 'a soft target' for such an obscene scheme, so we are asking charity bosses to say 'no' to taking part in this programme. This is a warping of the true spirit of volunteering and will force the public to look differently at charities with which they were once proud to be associated.

“It is outrageous that the government is trying to stigmatise job seekers by making them work for nothing, otherwise they will have their benefits docked.

“The hours demanded by workfare are greater than a community service order you would get for a criminal offence, such as punching someone in the street – this is just bonkers.

“What the long queues of Britain's unemployed need are proper jobs with decent pay and a strong system of apprenticeships for young people to offer them a sustainable employment future.

“What is being introduced today is shoddy.  It will displace existing workers and enslave work-seekers or see them join the foodbank queue.  We urge our charities to have nothing whatsoever to do with this abusive scheme.”

Unite's growing community section will be on hand to support unemployed people forced onto workfare schemes.