The National Dental Epidemiology Programme for England, oral health survey of five-year-old children 2012 survey revealed the growing need for local authorities to fluoridate their water. Levels of decay vary regionally with more children in northern regions with tooth decay than those in the south and eastern regions. 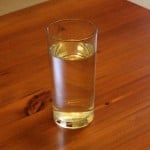 Dr Carter says: “Although water fluoridation schemes have been in place in the UK for more than 40 years, only around five-and-a-half million people have been drinking water from a fluoridated area.

“Fluoride was added to the Birmingham supply in 1964 and the difference in dental health compared to the neighbouring population in non-fluoridated Sandwell was stark. When Sandwell’s water was fluoridated in 1987 it transformed levels of oral health, putting a poor borough amongst the top ten areas for dental health in the country.

“There is a continued need for water fluoridation to help tackle remaining inequalities, particularly in the more deprived areas of the country. The addition of fluoride in toothpaste alone has been responsible for reducing decay by up to 50 per cent. Levels of dental decay have also fallen in fluoridated and non-fluoridated areas in the UK, yet only 12 per cent of the population have fluoridated water.

“Fluoridation is the most important single measure that the UK Government can take to bring a substantial change in the nation’s dental health. The British Dental Health Foundation is calling for Government to facilitate the rapid introduction of fluoride into the nation’s water supplies, particularly in areas of social and economic deprivation.”

Qualitatively creative – the creative industries contribute £8.8m per hour to the UK economy