Charlie Gilmour has needlesslyÂ apologisedÂ for a second time over his actions in the 2010 student protests in London.

I found Charlie's recent article in the Daily Mail to be a very magnanimous gesture but also a frighteningly insightful read from such a young lad and myÂ suspicions of the high calibre ofÂ Â young Mr Gilmour were confirmed. However a secondÂ apology wasÂ unnecessary.

There can be no doubt that Charlie's shenanigansÂ on the cenotaph were an insult to those who laid down their lives for Britain and to the families of the fallen, but please let us get Charlie's actions into perspective.

But who is the real protagonistÂ that lays an insult to our fallen troops at the foot of the cenotaph on a daily basis? Charlie Gilmour? Or those heÂ perceivedÂ to be the enemy when he went on his foolish rampage?

We are leaving criminals in the banking industry to impose financial ruin upon the families of the fallen and our serving troops, yet they are the recipients ofÂ bonuses because bankers are above the law and have been so for many a year, whilst we send a few silly kids to prison for venting some justified angst at the rotten and corrupt system they about to find themselves locked into for the next 50 years or so.

How dare these upstarts stand up to tyranny and injustice, whilst we sit on our backsides and mouth at the horror of theirÂ nobleÂ convictions? Who are most worthy of a prison sentence, those that put us here or those that protest?

TheÂ ineffectiveÂ and false lip service paid by our politicians on both sides of the house that 'something must be done about the banks', is a dreadful reminder of theÂ futility of the citizen attempting to change his country for the better through the electoral system.

But aside from the morality of sending our children to jail for minor offences, what about Charlie Gilmour's thoughts on the penal system?

It is quite clear that Gilmour has witnessed and experienced the brutalising and desensitising effect that prison has upon those who enter.

The idea of locking someone up in the prison environment which he found himself in is not conducive to cultivating respect for the system andÂ CharlieÂ fears that, come the next major disturbance, it will be larger than the previous. After all, how far do the people without money and power have to go these days to get listened to?

How can you expect our youth to have any respect for a system that is corrupt from the very top down?

Charlie Gilmour should never have seen the inside of a prison for this minor offence, but I for one am glad he did simply because it has given him an insight into a world that he hither to had no idea of and we can be sure that he will use this to maximum effect in highlighting the injustice of life in 21st century Britain where law and justice parted company many years ago. 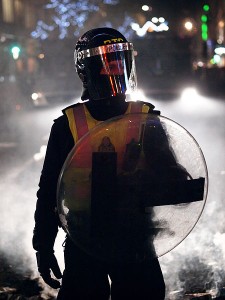