Summary: Figures for UK share ownership in 2012 were released this week, and they showed that individuals and groups not based in the UK owned the majority (53.2%) of the market value of shares for the first time ever.

Why is the chart interesting? International ownership of UK shares has grown steadily over the past twenty years, at the expense of UK-based groups. In the early 1990s, international groups held between 10% and 15% of the total value of shares (less than UK individuals, who held over 20%). In 2012, they owned over half of the total market value (almost £1 trillion). This has primarily been due to the process of globalisation, particularly in the financial markets. Also of interest is the fact that the total market value peaked in 2000 at over £2.5 trillion (in 2012 prices), and despite a smaller peak in the mid-2000s, has been on a downward trajectory since. 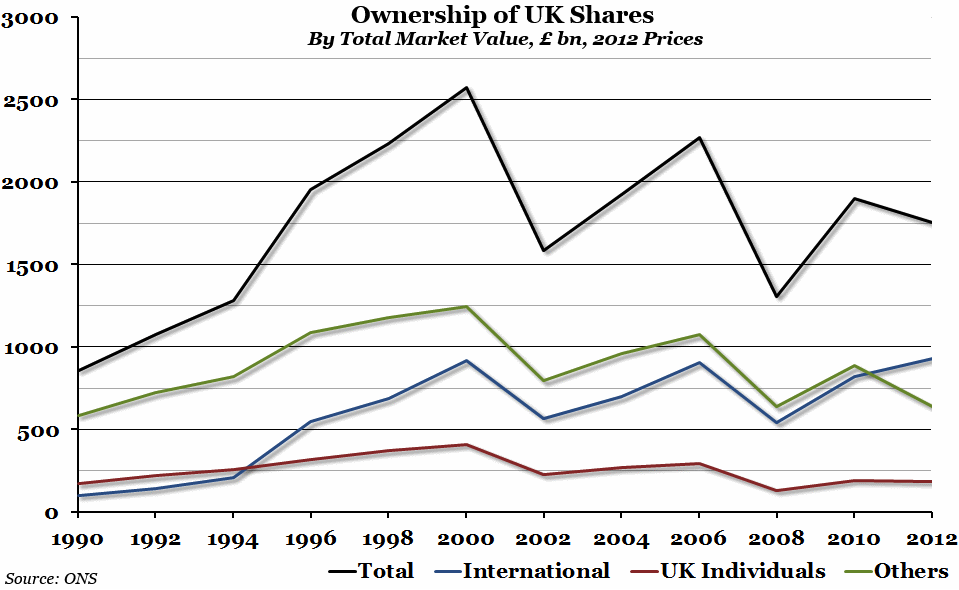