Summary: The UK Office for National Statistics (ONS) released a report today that showed income inequality fell between 2010/11 and 2011/12. We take a look back at how it has changed since they started keeping track in 1977.

What does the chart show? The chart from the Economic Research Council shows the income distribution for the UK economy. Each colour represents a different quintile, or 20%, of the population. The red line is the poorest 20%, the blue line the next poorest 20%, the green line the middle 20%, the purple line the second richest 20%, and the orange line represents the richest 20%.

Why is the chart interesting? Income inequality between the top and bottom quintiles has fallen over the past year back to a level last seen in 1987, after it peaked at the turn of the century. This is due mostly to the tax and benefits system in place, as original income inequality has been about the same over that period. If we didn't use the tax and benefit system to redistribute income at all, the bottom 20% of the population would receive just 3% of the total income, while the second poorest 20% would receive the same as the poorest 20% do today. In contrast, the richest 20% would receive over 50% of the national income. 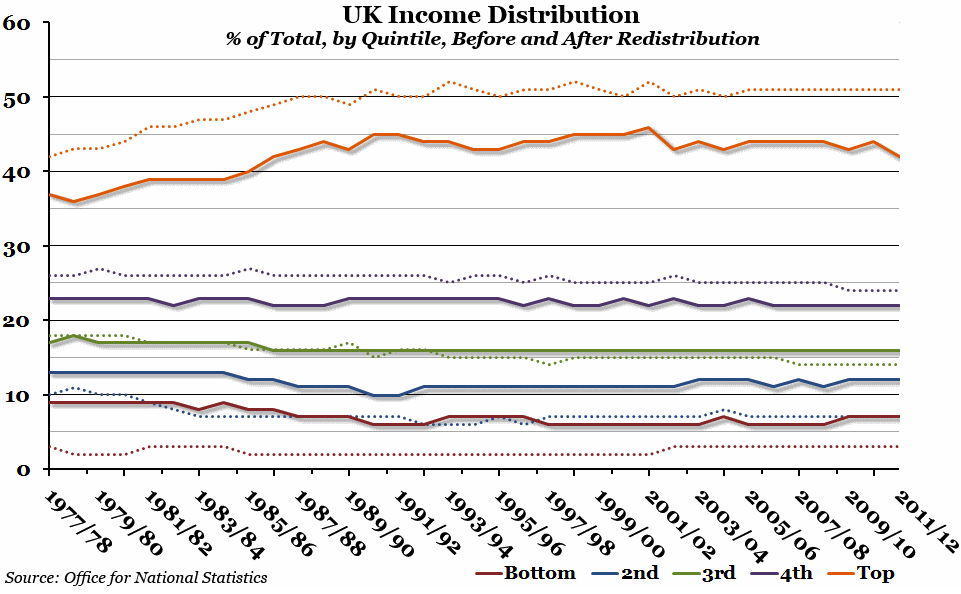