The CIEH supports the proposals for a prohibition on smoking in private vehicles when children are present as a necessary measure to further protect them from the effect of harmful secondhand tobacco smoke.

The government has today published ‘Smoking in private vehicles carrying children – consultation on proposed regulations to be made under the Children and Families Act 2014.’

The government is proceeding with the introduction of regulations and is seeking views on draft regulations before they are made.

The existing smoke-free legislation already protects children when they are travelling in all forms of public transport and the CIEH believes it is entirely sensible that they should also be protected when travelling in private vehicles, whether they are being driven by their parents and family members or anyone else.

‘Polls have shown that the vast majority of people already understand that the confined enclosed space of a motor vehicle is one of the worst places to smoke and the last place that you would want your children to be exposed to other people’s smoking. It can be anticipated therefore that the adoption of this law will act as a further deterrent and that the need for enforcement action will be limited.’ 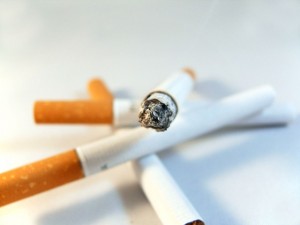 Under the proposed regulations existing smoke-free legislation as set out in the Health Act 2006 will be extended so it would be an offence to smoke or to fail to prevent smoking in a private vehicle with someone under the age of 18 present.

The CIEH recognises that dealing with offences under this legislation will not be without problems and supports the government’s intention that enforcement will mainly be the responsibility of local police who will be able to use their existing powers to stop vehicles and require drivers and passengers to identify themselves. However, the CIEH anticipates that local authorities will also want to authorise some of their own officers so that they can take part in campaigns to promote compliance and deal with offences when information and advice fail to have effect.

Mr Gray concluded: “The CIEH has previously stated that smoking should be considered to be a ‘driver distraction’ as is eating or drinking at the wheel or using a mobile phone, and that an additional measure for government to consider would be a total prohibition on drivers smoking in any motor vehicle on the grounds that smoking constitutes a hazard to safe driving.”

The consultation will run until 27 August 2014.