CHART(S) OF THE WEEK: Clash of the Titans Forecasts

Summary: As the Economic Research Council's annual Clash of the Titans economic prediction competition is taking place next week on the 10th December, they've taken a look back at last year's forecasts.

What does the chart show? For each of the three charts below supplied by the Economic Research Council, the solid black line shows the previous information that the forecasters were armed with when they made their predictions for the competition, while the dotted black line shows the actual outcome. The three coloured lines represent the three official forecasts – dark blue for Oxford's Linda Yueh, light blue for Cambridge's Michael Kitson, and yellow for LSE's Ethan Ilzetzki (who won the competition). The dark red lines represent the average forecasts by the public, with the progressively lighter red areas showing the range of forecasts from most popular to least popular.

Why is the chart interesting? This time last year, the UK economy had just emerged from a second recession (although Q1 2012's growth figure was later revised to 0%, this wasn't known at the time), and although most forecasters thought the economy would continue to grow, they weren't optimistic about the speed of the recovery. Looking at GDP growth, very few people anticipated the dip in the final quarter of 2012, but then most people (including all three of the professors) also underestimated how fast the economy would grow in 2013. It was a similar story with unemployment – most people expected it to stay relatively flat, but at a slightly higher level than we saw. This was the category that won it or lost it for the three official competitors, as both Linda Yueh and Michael Kitson seriously overestimated unemployment numbers. Ethan Ilzetzki was too optimistic, but by less of a margin over the course of the whole year.

Inflation was the category that the forecasts were closest in (excluding the rather boring Bank of England base rate predictions, where most people correctly forecast a consistent 0.5% throughout the year), although the average slightly underestimated the actual inflation rate (probably due to mistaken expectations about GDP growth).

This year, the ERC is also asking the three Titans (Stephen King from Oxford and HSBC, Kevin Daly from Cambridge and Goldman Sachs, and Ros Altmann from LSE and formerly Chase Manhattan) to predict average earnings, which should be interesting. If you would like to hear what they have to say for yourself, there are still a few tickets remaining for the event on the 10th December, which you can read more about it on the ERC website. If you think you can do better than last year's competitors, you can also enter the forecasting competition for free via the ERC website. 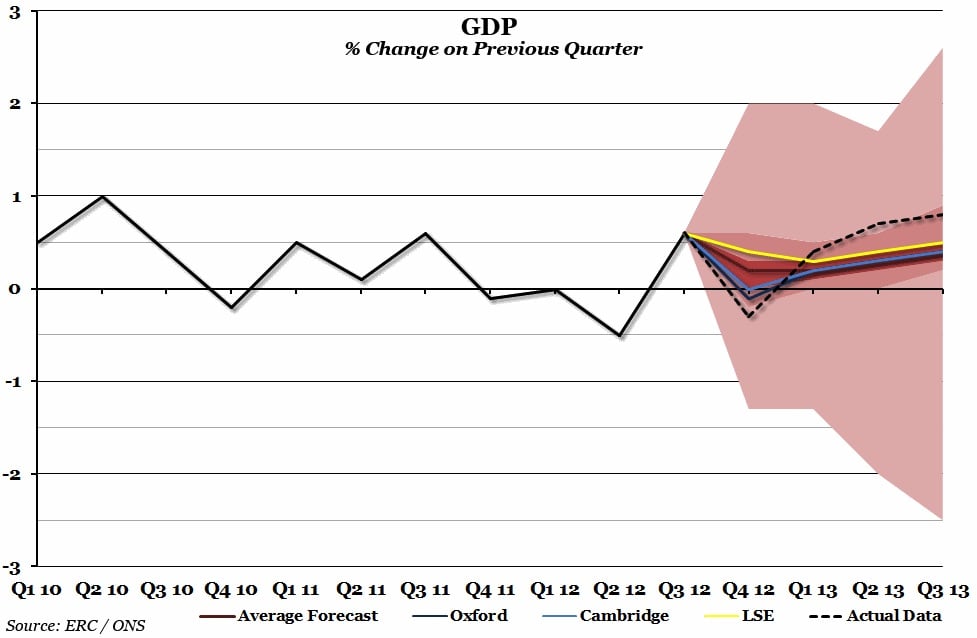 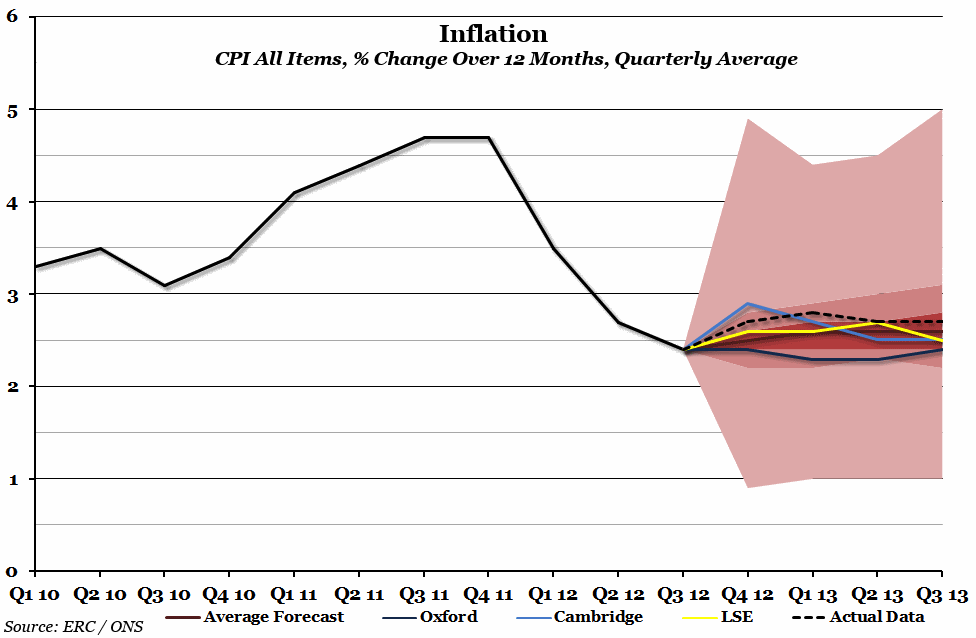 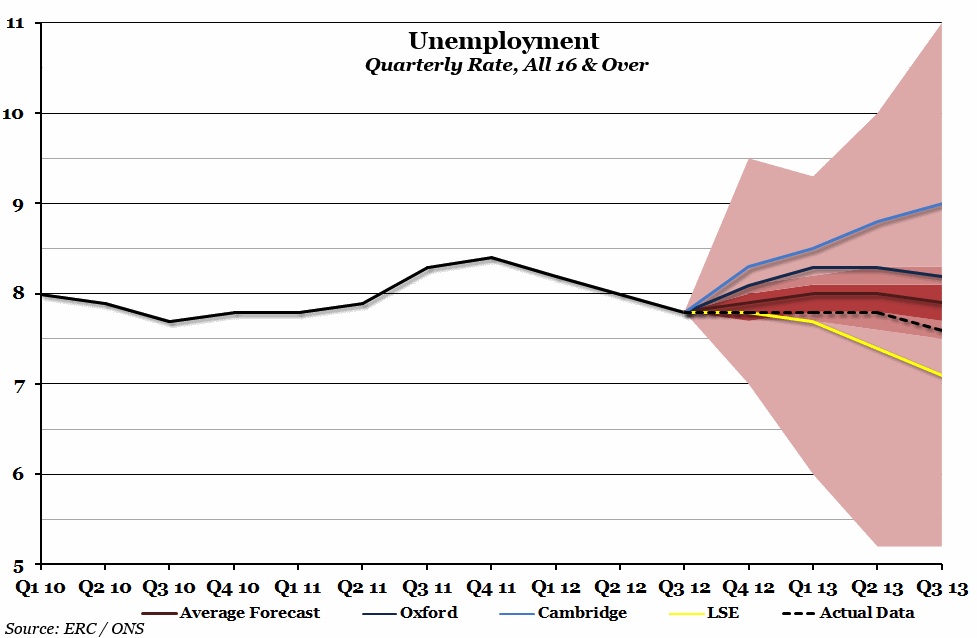