And salt content varies widely, even within the same type of cheese, the findings show, prompting the researchers to call for much tougher targets on salt lowering.

A high dietary salt intake is linked to high blood pressure, which is a risk factor for stroke, heart attacks, heart failure and kidney disease.  It also increases the risk of stomach cancer and osteoporosis, and is indirectly linked to obesity.

Salt reduction is widely recognised to be one of the most cost effective ways of improving public health, and at the 66th World Assembly, all countries unanimously agreed to cut their salt intake by 30% towards a target of 5 g/day by 2025.

The researchers analysed the salt content (g/100 g) of 612 different cheeses produced in the UK or imported from overseas and sold in the seven major UK supermarket chains in 2012. This information was collected from the product packaging and nutritional information panels. 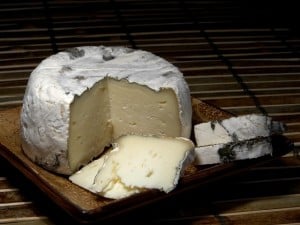 In general, salt content was high, averaging 1.7 g/100 g of cheese. But salt levels varied widely – and not only among different types of cheese, but also within the same type.

Cheddar and cheddar-style cheeses are the most popular/best-selling lines and 250 of these products were included in the analysis.

And more of the supermarket own-label cheeses in this category met the 2012 target for salt reduction than did the branded products: 90% compared with 73%.

“Our finding of a high salt content in cheeses sold in the UK is similar to those observed in the USA, Australia, France, Belgium,  Canada, New Zealand, South Africa, and Brazil, showing that high levels of salt in cheese is a global challenge,” write the authors.

But they suggest that UK salt reduction targets could be more ambitious.

“The results indicate that much larger reductions in the amount of salt added to cheese could be made, and more challenging targets need to be set,” they conclude.