Cheryl Cole's new single, Call My Name is truly dreadful and does not bode well for her comeback album.

Call My Name starts off sounding very promising with Calvin Harris'sÂ excellent intro production which is full of interestingÂ manipulated tones, which then makes way to a very average European dance sound.

Then Cheryl sings and it all falls apart quite rapidly and one wonders if the autotuner is about to give up through overuse but only after the vocal harmoniser throws in the towel.

The vocals are so over treated that Cheryl's tone is lost completely in the mix, but that might have been essential on the part of Harris seeing as Cheryl'sÂ timbre is totally unsuited to this type of music but in particular the key.

Cheryl may be vocally challenged but she is still capable of better than this providing her voice is placed in the correct key and genre of music to suit her timbre.

As for the rest of the song any variations and dynamics are lost because of the overpoweringly treated vocals. 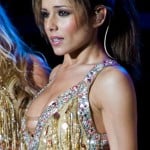 Two conclusions can be reached from this choice of first single, either the rest of the album is even more dreadful than this song or they are saving their punches until later on.

Both Calvin Harris and Cheryl should be asking themselves if this was a collaboration which worked.

There is hope for the Girls Aloud singer but first she must leave this genre of music once and for all.

Believe it or not, but Cheryl Cole's voice would lend itself very well to a folktronic style of music, the writing was on the wall or rather hinted at with the song 3 Words.

If a more subtle approach to her voice was applied then Cheryl Cole might be able to establish herself as a serious artist but until that day we can only sit back and endure offerings like Call My Name.