Chichester is the least affordable place to live in the UK, whereas Belfast and Hull are the most affordable, according to new analysis by job and property search engine Adzuna.co.uk. The research shows that only 11% of homes in Chichester are within financial reach for first-time buyers on average local incomes. Middlesbrough, Dudley and Wolverhampton are the most affordable rental markets in Britain with as many as 99% of properties within budget.

Adzuna calculates the affordability of areas by looking at average salaries for the top 50 cities in the UK using their comprehensive search index of over 500,000 job ads. This data is compared to property asking prices and typical mortgage multiples across the UK to produce an 'Affordability Index' for house hunters.

The study reveals a stark North-South divide with the most affordable cities for house hunters located almost exclusively in the North of the country. Northern first-time buyers in full time employment have the largest pool of properties within budget to choose from, however it's worth noting that these regions suffer from some of the highest unemployment rates in the UK.

At an average of £124,438, sale prices in Hull, Middlesbrough and Bradford are only 2.2 times the average local couples' earnings. Not only is the average couple able to afford 9 out of 10 properties for sales in these areas, nearly all rental properties are within budget for those in full time employment.

Bargain hunters should head to cities such as Luton and Southend-on-Sea where homes are now 7% more affordable than this time last year. Further South, Portsmouth is the most affordable southern city – with over 68% of houses on the market within budget, a 2% rise since 2012. Good news for first-time buyers in Brighton, as East Sussex has become 9% more affordable for locals in the last 12 months.

Chichester (1st), Oxford (2nd) and Guildford (3rd) remain unrivaled as the most unaffordable places in the UK. It's bad news for Ipswich, Cambridge & Wolverhampton too, as these cities have seen more homes becoming unaffordable in the last year than any other part of the country. London remains a tough market for home buyers despite the high wages paid in the city – 75% of homes on the market are out of reach for the average couple in London.

The rental market in the UK paints a far more attractive picture with the vast majority of major UK towns and cities over 30% more affordable than the for-sale market. Nearly 100% of properties up for rent in Middlesbrough are within budget, with over 40 towns and cities scoring over 90% affordability. The property market in Hull, on the other hand, is almost identical for renting and buying with 98% of homes affordable to working couples.

Andrew Hunter, Co-Founder of Adzuna, said 'It's fascinating to get such a clear view of the differences in home affordability across the UK by studying city by city earnings against property prices. With rates of pay falling and property prices rising, it's clear that homes in Britain are becoming less affordable and that we're in a renters' not a buyers' market.' 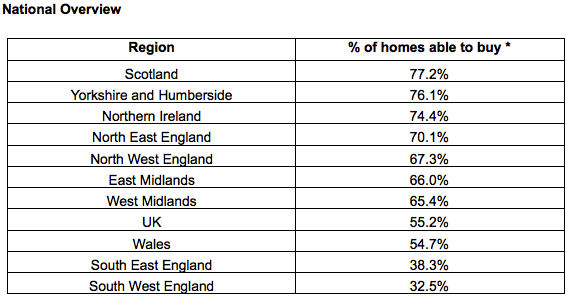 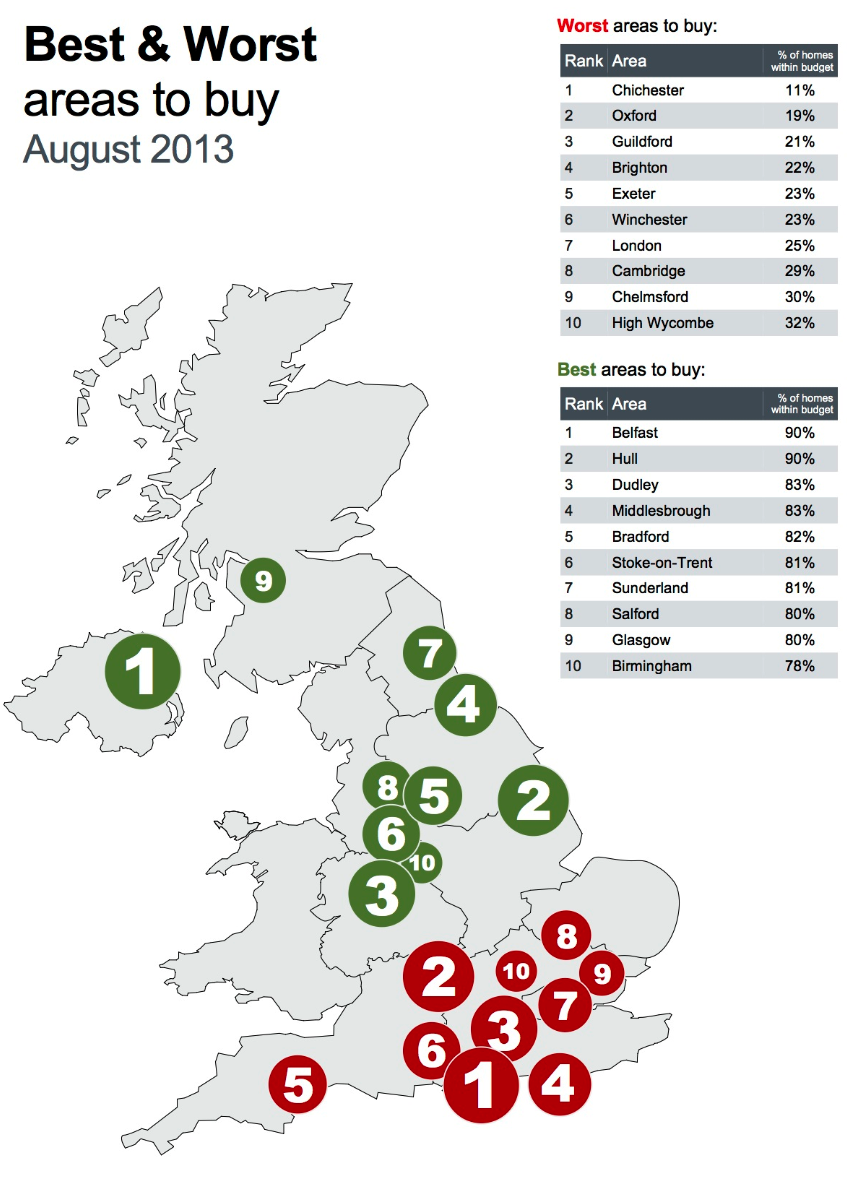 Leaders of European Parliament ignore European citizens, to speak up for big business on TTIP