Children in Wales being punished for missing school

A trend is emerging across Wales, with many schools rewarding perfect attendance, to the detriment of children who miss school due to authorised reasons, such as illness, medical appointments, or extenuating family circumstances.

Reward schemes are being set up at schools across Wales, which don’t take into consideration the reason for absence or whether it is authorised or unauthorised, and many children are being reduced to tears when missing out. The rewards can be anything from time playing in the school field, Easter eggs, extra Christmas presents, to monetary vouchers.

Two campaign groups set up to oppose blanket bans on term time absence have expressed their concern at these schemes, which they believe have arisen due to increasing pressure being applied on schools and councils to raise attendance figures, despite the government’s insistence that head teachers can legally authorise absence..

“We are concerned by this emerging trend, which rewards and penalises children for something that is beyond their control. We raised these concerns with the Director for Children and Schools for Pembrokeshire at a meeting in November 2014 and are disappointed to hear that attendance reward schemes continue to operate in our schools,” commented Jane Douglas, Campaigner, Pembrokeshire Parents Want a Say . “Primary school attendance is a matter for adults not children." 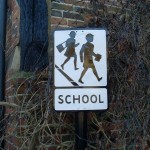 “I was shocked to hear about this trend. Reward schemes for something out of the child’s control are a totally ridiculous notion,” commented Bethany Walpole-Wroe, Campaigner, Let Children in Wales Have a Family Holiday During Term Time. “These reward schemes are likely to have an extremely negative effect on the health and wellbeing of those children.”

The health and wellbeing effect is evident in many cases. Parents have described how the fear of “letting the class down” or losing an attendance reward has been so great that their children have become extremely distressed when advised to stay off school due to illness. Others lose attendance percentage points for attending medical appointments, which require them to arrive late or miss sessions of  school, even when the absence has been authorised by the headteacher.

Rewards often depend on a whole class achieving 100% attendance, which can result in individual children being identified as responsible for “letting the class down” by their peers.

The groups also commented that these schemes operate on the assumption that children are  entirely responsible for their attendance at school  which  is an inappropriate assumption, especially in a primary school setting.

A great number of parents have been in touch with the campaign groups to express their concern at this trend.