Children rate the Queen above celebrities

Who’d have thought it? It turns out that children aren’t quite as superficial as we adults seem to think.

Research for Galt Toys of 650 UK schoolchildren aged between six and 12 by leading child research experts Childwise, throws up some results that must have marketeers and advertisers scratching their heads with puzzlement.

When asked who they thought were the most important people in Britain the schoolchildren ranked royalty and politicians ahead of the usual celebrity suspects. Not something you might think would happen considering the young age of those asked.

I bet the Palace PR mob will also be mighty chuffed, as will HM herself be one assumes.

As you can see, Her Majesty tops the table with the formidable duo of Ant and Dec being the first celebs on the list coming in at fifth.

Poor old Victoria Beckham will have to work on her pout as she comes in last, but look at some of the others that may surprise you. Boris Johnson beats worthies like Cheryl Cole and Daniel Radcliffe and the PM himself, David Cameron, is in a very creditable fourth place.

But then consider the question itself; it looks at ‘importance’ not popularity. But importance can be relative. Important to whom? The country or me? And of course there could possibly be a bit of a popularity vote in there as well.

I wonder what the list would have looked like if they’d asked some adults? Probably almost a complete reversal one thinks.

But if you are selling something to children and you want your product to appear authoritative then maybe you’d be better getting a ‘By Appointment to Her Majesty’ emblem than spending oodles on a celebrity front person. 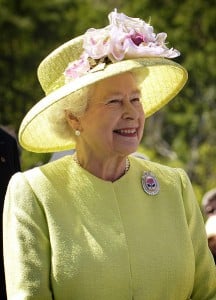