Business confidence among China’s largest companies increased for the third consecutive month in July amid increasingly clear evidence that the authorities are intent on ensuring that economic growth does not slip too far below the 7.5% growth target for 2014.

The MNI China Business Indicator rose to 58.2 in July from 55.0 in June, the highest reading since December 2013 and only the second time above 58 in the past two and a half years. Putting the current level into some context, sentiment is now running above the 2013 average of 55.3 and not too far off the series average since 2007 of 59.1.

Sentiment was underpinned by a continued strong performance in New Orders which rose to the highest level for seven months. Maybe more telling was a jump in Order Backlogs to the highest for nearly three years and a further rise in inventories, with companies stockpiling at the fastest pace since September 2011.

Companies were slightly less optimistic about business conditions in three months’ time, although not significantly so. The Expectations Indicator fell to 61.5 in July from 64.2 in June, the lowest reading since May. 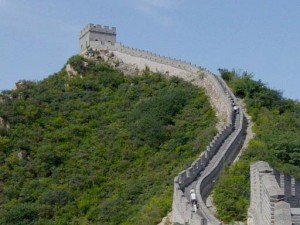 Credit conditions among our survey panellists improved noticeably earlier in the year, ahead of more concrete news that the authorities had begun a series of fine-tuning measures to underpin economic growth. Credit availability slipped back in July to just above the 50 breakeven level, although still points to easier credit compared with the start of the year.

Input Prices remained elevated in July, due to the recent rise in the cost of crude oil. Prices charged by companies, though, have failed to keep pace meaning that many companies have faced a price squeeze.

“There is little doubt now that the combined impact of the authorities’ fine-tuning measures is having a positive effect on our panel of businesses. Our survey provided a signal that activity would pick-up in the second quarter and now the early snapshot for Q3 suggests that growth pushed ahead here as well,” Philip Uglow, Chief Economist of MNI Indicators said.

“The Chinese authorities seem intent on not letting GDP lose too much ground whilst at the same time recognising that they need to maintain financial stability and deal with overcapacity in certain industries. It’s a difficult balancing act, although one that will be made slightly easier should growth in the US and global economy as a whole continue to recover as we expect.”

How Will the 2014 Budget Affect the UK's Housing Market?