Although the Chinese economy grew by 7.4 percent in the first quarter of 2014, which was higher than expected, it was lower than the 7.7 percent seen in the final quarter of 2013.

The country also saw an increase in industrial output of 8.8 percent in the year to March 2014.

On top of this China saw a surge in retail sales of 12.2 percent in March showing success in Chinese attempts to stimulate their economy using domestic spending.

The Chinese government has set a target of 7.5 percent growth, so anything below this will be greeted with concern by those that export to China. 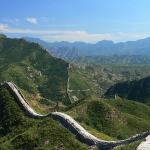 "The fear of stuttering growth in China is becoming a reality.  Reform is underway in the country to shift economic impetus away from investment and towards consumption.  At the same time, the government is taking steps to curb the credit excesses of  prior years, as Chinese officials  continue to tolerate selective defaults. Together, these steps are arresting short-term momentum in the world's second-largest economy. If allowed to continue, the slowdown will weigh heavily on any global recovery in 2014. As things stand, with personal sector debt now at more than 200% of GDP, stalling growth means China may prove to be a financial accident waiting to happen.

"The government has the tools and liquidity necessary to steer the path – and it has done so in the past. But it needs to act now to provide the stimulus needed to hit the magic number of 7.5% GDP growth this year, and stabilise the economic outlook while it undertakes the Herculean task of economic rebalancing, new market disciplines, and credit reform."

Volcanoes are not as dangerous as bankers

Apprenticeship Team of the Year Finalists Announced by Deputy PM