"Chinese GDP expanded 7.3% year on year in the third quarter, in line with our forecast but slower than the second quarter reading of 7.5%. Quarter on quarter growth also slowed marginally, to 1.9% from 2.0%.

A full breakdown of the data is not yet available but the service sector looks to have recorded a sharper slowdown than manufacturing, potentially reflecting real estate weakness in the third quarter. Anecdotal evidence suggests that recent policy moves supported sales in October and may have prompted renewed investment confidence among developers, which could lead to improvements here in the final quarter. Overall investment slowed again in September, largely due to deceleration in property. 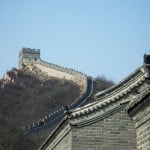 We believe the weaker number is unlikely to prompt any major stimulus efforts. Chinese state-owned media this morning was full of comments from specialists talking about how positive slower growth was for the average person, replete with remarks about quality, not quantity, of growth being important. The state seems to be priming its populace to accept lower growth in the future, and we maintain our call on a lowering of the growth target in 2015 to 7.0%."