Launching the new report First Class Crisis today, the Environmental Investigation Agency (EIA) revealed that a staggering 93 per cent of logging in Mozambique during 2013 was illegal.

Research, undercover investigations and analysis conducted by EIA from 2013-14 demonstrate that the key driver of forest crime in Mozambique is ongoing demand from China.

Some 76 per cent of all global timber exports from Mozambique in 2013 were illegally cut in excess of reported harvests – and the vast majority of them (averaging 93 per cent from 2007-13) went to China.

“The staggering level of illegal logging and timber smuggling for the Chinese market has put harvesting volumes way beyond sustainable levels, despite claims to the contrary by Mozambican officials,” said EIA Forest Campaigner Jago Wadley.

“If the excessive focus on just a handful of commercial timber species continues, commercial stocks will be largely depleted during the next 15 years.

“This veritable epidemic of crime and environmental mismanagement has deprived the world’s second least developed country of US$146 million in lost tax revenues since 2007 – and without major reforms, Mozambique’s forests and forest economy are staring down the barrel of very a bleak future.” 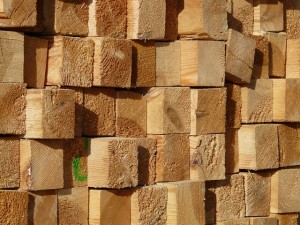 EIA is calling for an immediate suspension of all timber exports until Mozambique can ensure harvests, consumption and trade can be sustainably met from remaining forest resources.

Mozambique became China’s biggest African supplier of logs by value in 2013, but 46 per cent of China’s 516,296 cubic meters (m3) of timber imports from Mozambique (235,500 m3) were also smuggled out of the country. Lined up end-to-end in 20ft shipping containers of 20m3 capacity, this stolen timber would stretch more than 44 miles (72km).

The pattern and scale of crime by Chinese companies is unfortunately consistent with the findings of EIA’s February 2013 report First Class Connections, with Chinese-owned timber companies already exposed by EIA and others continuing to smuggle illegal Mozambican timber to China.

Wadley added: “Impoverished rural communities are bearing the burden of Mozambique’s ongoing illegal logging crisis, a crisis that will not end without immediate and credible action by all concerned parties.”