China has been expanding its influence in the world's energy industry

Since 2009, China has been taking a much more active role in its pursuit of international oil contracts. In 2009, for the first time, Saudi Arabia exported more of its oil to China than it did to the US. China also made large investments in Saudi Arabia's oil refining industry as well. But China's oil investments didn't stop there; they also pursued oil producing Canadian assets in 2011-12.

When it comes to Chinese energy industry, there are three major state owned companies. One is called China National Offshore Oil Company (CNOOC), which is an oil and gas producer, another is called PetroChina, which is another oil producing company, and its third company is Sinopec, which is primarily a refining company. 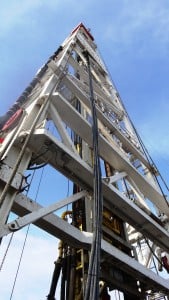 Lately though, China's large investments are being made in the mid-stream sector of the oil and gas industry, the one sector China doesn't have a national company for. This is the part of the industry that transports oil and gas from producing wells to the refineries, so oil can be turned into liquid fuel.

One of China's most recent mid-stream deals included building a pipeline from Iran to Pakistan, which is being built despite objections from the US. The stated reason though, isn't to satisfy China's energy consumption, but to help alleviate Pakistan from its current energy problems.

This may be why China is now on the verge of creating a new mid-stream pipeline company. The state backed China Securities Journal stated that, the government of China will start stripping away pipeline assets from its three largest firms mentioned above, and then they will sell those assets to private investors. The journal states that this move is aimed at reducing the monopoly its state owned enterprises have enjoyed since their creation. It also said that the move will create more competition within the energy sector, and hopefully reduce the corruption that has been brewing in the Chinese energy industry.

While this sounds legitimate on the surface, there are reasons to believe that these actions will have very little effect.

And that is largely because China is only selling mid-stream assets. These state owned enterprises will still have monopolies on its upstream and downstream assets. And the new company emerging will have a new monopoly on the mid-stream sector of China's oil and gas industry. Instead of competition, it is more likely that this creation of a new mid-stream company will be used as a way for the Chinese government to help monitor and control its transportation and flow of energy.

If China was really concerned about corruption in the oil and energy sector, stemming from the oligopoly that these state-owned enterprises enjoyed, then they would take away all of their assets, and then sell them to the private investors and entrepreneurs. They wouldn't create a new mid-stream company, which will basically have its own monopoly in the mid-stream sector.

Nevertheless, what we do know is that China will be a major energy player for the foreseeable future. On a demand basis, its crude consumption has increased by 10 percent on a year over year basis (YOY). This summer alone, China has already made two new pipeline deals with three different countries. And China is also actively filling up its strategic petroleum reserves (SPR).

By John Manfreda for Oilprice.com

Why every business needs an adventurer at the helm