Below Craig Botham, Emerging Markets Economist at Schroders, comments on the recent fall in the Chinese market.

China’s market has provided perhaps the most exciting ride for investors so far this year. The composite index was at one point up almost 60% since the start of the year, easily outpacing the rest of the emerging markets and indeed the rest of the world, but its fortunes have since turned.

The timing of the rally – with take-off in March – suggested a disconnect from economic fundamentals. Activity data started the year poorly and then disappointed spectacularly in March; hardly the environment for earnings to perform well. But along with weak data came expectations – and promises – of policy support. Liquidity injections by the central bank in particular helped build sentiment, and a mindset that said that every disappointing data point from now was a signal to buy more. While undoubtedly a bubble, in the sense that the elevation of price-to-earnings (PE) ratios is difficult to justify in an economy suffering excess capacity and weak demand, investors were arguably not behaving entirely irrationally.

The rally had a great deal of policymaker support. The authorities are seeking to rebalance the financing mix of corporates, away from a high reliance on debt. For this to succeed, firms will need equity finance, and a buoyant stockmarket provides the best conditions for a series of IPOs. Banks are also looking to raise equity finance as they seek to recapitalise, which will help provide demand, in turn, for local government bonds – another aspect of the country’s rebalancing. All the same, we have seen large one-day falls in the market when the regulator has moved to reduce volatility, which pointed to the fragility of the bubble. Unfortunately for investors in Chinese equities, one such action by the regulator – restricting margin financing, which has set global historic records by reaching 3.4% of GDP – prompted an ongoing sell-off. 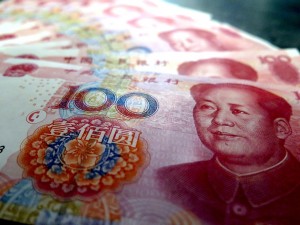 Undoubtedly there will be some concentrated financial pain among highly leveraged investors, but the macroeconomic consequences are less clear cut. While in the US this kind of market rally would have been associated with strong positive wealth effects, this has been less apparent in China; retail sales continued to soften even as equities touched new heights. Unfortunately for China, this is not necessarily a symmetric development; a downturn could inhibit consumer sentiment and spending, even if the boom did nothing to foster it.

Turning to a breakdown of first quarter GDP, however, what is notable is the surge in the financial sector contribution to GDP growth, at 1.3% compared to its previous 0.7%. This reflects a boom in brokerage business which is unlikely to be sustained in light of current market conditions. This will likely weigh on growth in the third quarter, particularly if efforts to shore up the markets are unsuccessful.

A final question is whether a stockmarket crash could trigger a hard landing more generally. There is an argument to be made that it would undermine faith in the assumed omnipotence of the government in handling the economy, with a potential focus being the rest of the financial system. On balance though, our view would be that the real economy is still sufficiently disconnected from the equity market that the impact on growth should be limited to the effects felt from the financial firms involved and those wealthier households able to participate in the rally, and subsequent bust. Most firms are not reliant on the equity market for financing, and the People’s bank of China (PBoC) is capable of providing ample liquidity to keep credit markets going. It will, however, hinder efforts to tackle debt sustainability for local governments and state owned enterprises (SOEs), and also the recapitalisation of banks.

In all, the slumping stockmarket presents a real risk to the attempts to rebalance and refinance the economy, and a genuine hurdle to hitting the 7% growth target for this year, as increasing government intervention reflects.