China, the world's biggest food and grocery market, is now valued at more than US$1tn and is forecast to be worth US$1.5tn in 2016, according to latest figures published by IGD.

'The Chinese grocery market, in particular, has been growing at a rapid pace for several years. Representing one fifth (20%) of the world's population, China has had a surge in the number of higher-income earners, benefiting from a significant rise in wages. This has resulted in a soaring demand for new products, brands and concepts – all of which have helped fuel its growth.

'International and domestic grocery retailers are expanding quickly in China with diverse formats and entering new regions. This not only creates new supply chain opportunities for manufacturers, but also presents a wealth of choice for Chinese shoppers.

'In Latin America, Brazil is also an attractive growth market for global grocery players. Over the next few years, Brazil will be hosting big sporting events such as the World Cup and Summer Olympic Games, presenting a further boost for its economy and for the performance of retailers and manufacturers operating in the region.

'This offers plenty of scope for food and consumer goods companies seeking international growth and paints a positive picture for the industry globally.' 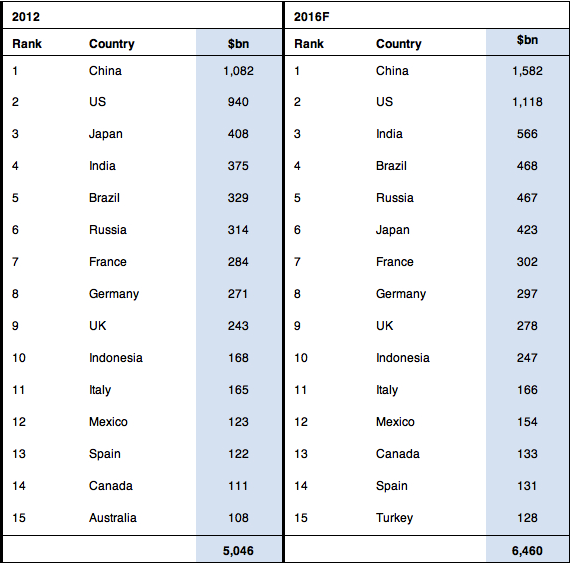