China's panicked response to the crash will concern investors

The Chinese government's attempts to stop the market meltdown should be "of real concern" to global investors, warns the CEO of one of the world's largest independent financial advisory organisations.

Nigel Green, founder and chief executive of deVere Group, which has $10bn under advice, come as shares in China continued to rally on Friday after Thursday's rebound following government intervention.

Mr Green affirms: "The Chinese government has taken drastic measures to artificially halt the meltdown.  The moves include stopping major investors from selling, demanding others to buy, a ban on short-selling, and injecting money into the market via the state-owned China Securities Finance Commission (CSF).

"The CSF could be the beast the Chinese authorities wish they had never created. It is a state controlled body that lends money to brokerages so they can provide loans to clients to buy the stock market. And guess who are shareholders of the CSF? The major exchanges.

"So, in effect, the Shanghai stock market has been selling shares on hire purchase. This helped push up prices, cynics might say ahead of the MSCI inspection in May/June when they tried to decide whether to include China A shares in their MSCI EM index. 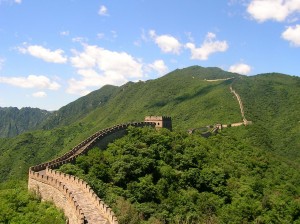 "But as the authorities have discovered, this is dangerous activity: falls in share prices are amplified as 'margin' investors are forced to sell the shares before their value falls to below that of the loan they took out to buy them.

"The CSF is said to have returned as the main conduit for state support of the market in recent days. So it is now acting as the medicine to solve the fever it partly created."

He continues: "Whilst investors around the world tend to like state interference in markets when prices are falling – look at the Quantitative Easing programmes in Western economies since 2008 that supported asset prices successfully – the measures taken this week in China by the government to bring the sell-off to a stop should be of real concern to investors.

"This is because the frenzied implementation of a barrage of measures hints that the Chinese government is perhaps concerned about the wider economic problems facing the country – the world's second largest economy.

"For global investors, the stock market crash, and the attempts to halt it, bring into sharp focus again that the Chinese economy is slowing rapidly. You may no longer be able to see it in the share prices so clearly, thanks to the measures, but you are likely to increasingly see it production and consumption – and this will have an enormous impact on the global economy.  This will not be lost on investors.

"Investors will now be asking: the Chinese can manipulate their stock market, but can they save their real economy from slowing down much further? And, in addition, will Beijing now slow or backtrack on the partial liberalisation of the markets?"

He adds: "While few foreign investors will own China A shares, if a financial and banking crisis follows from this – as banks and brokerages fail to reclaim the loans made to investors – there will be a knock-on effect on the Chinese and global economy. Trade needs banks and finance to support it. Falling global trade is associated, historically, with bearish periods on financial markets."

IPR Infringements in the Fashion Sector

Cameron to argue for UK to stay in the EU