After experiencing a surprise trade deficit in February, China is expected to post another in March. This is being seen as a result of China's drive to increase imports over the course of 2011.

The February trade deficit at $7.3 billion, was the largest deficit for seven years as well as being the first since March last year.

Attending the 12th China Development Forum in Beijing on Sunday the Chinese Commerce Minister Chen Deming saidÂ  that "China will further expand imports this year. Besides February, China will likely see a trade deficit in March," and the "ratio of China's trade surplus to its GDP this year will probably drop to less than last year's 3.1 percent".

China has now become the world's second largest importer after the USA and sees the increase in imports as the way to balance trade and to boost internal consumption, especially that of high end goods, so enhancing its economic development. The country is also looking to increase imports of high-tech items, new and green goods, mechanical and electrical goods, as well as natural resources together with simplifying import procedures and lowering import tariffs where possible. 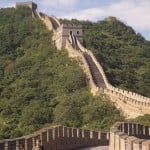 These moves will also have an effect on currency exchange rates as well as inflation.

"A possible deficit in March means China's trade surplus will decrease sharply this year. This is really good news," said senior researcher with the Development Research Center of the State Council, Zhang Xiaoji. "Pressures on yuan appreciation will reduce, so will the nation's pressures on tightening capital liquidity and curbing inflation as the foreign exchange reserve drops," he added.