"Chinese growth slowed in the first quarter of 2014, from 7.7% at the end of last year to 7.4%, year on year. Though this was better than expected – City expectations had been for a rate of 7.3% – the economy is still slowing and we think hopes for greater stimulus will be dashed. Meanwhile, higher frequency data for March generally points to continued softness.

"The seasonally adjusted quarterly growth rate slowed to 1.4% from 1.7%, and nominal GDP growth slowed from 9.7% to 7.9% year on year. This sharper nominal slowdown reflects a fall in GDP deflator inflation of 1.4 percentage points, to 0.4% year on year. Firms still have little in the way of pricing power. 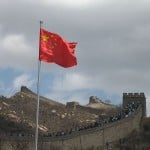 "Industrial production did pick up slightly in March, climbing to 8.8% year on year from 8.6% in the first two months, but the number is flattered somewhat due to a positive base effect. Meanwhile, investment continued to slow; fixed asset investment rose 17.4% year on year from 17.9% in the previous two months, with the weakness led by real estate (down to 14.2% year on year growth from 19.3%). In line with this, property sales and new starts contracted notably. Combined with the weaker PMI seen at the month’s start and softer money supply numbers, it is difficult to feel positive about Chinese growth, despite the better than expected GDP number.

"Further, we believe growth will slow further from here. Financing conditions remain tight and the property market looks soft, and there’s not yet any obvious positive offset. Hopes of stimulus are overblown; we don’t expect to see more than minor measures aimed at supporting, not accelerating, growth. At this point the government seems comfortable with the growth rate; major stimulus was ruled out last week, most likely in full knowledge of the first quarter growth numbers. Headwinds will continue to slow China’s dash for growth over the rest of this year."