Before the release of the UK’s Construction Output report, the GBP/EUR exchange rate was trending in the region of 1.40 while ‘Cable’ was just holding at 1.56. The Pound was able to eke out a modest gain against the Euro as the Eurozone published mixed growth data, with the French figures falling short of forecasts and the Germany quarterly number coming in at 0.4% instead of 0.5%. If today’s British data shows the 2.0% month-on-month gain expected the Pound could advance before the weekend.

Although the Euro declined following the release of subpar growth data for two of the Eurozone’s largest economies, a sturdy figure for the region as a whole could give the common currency a boost. Similarly, better-than-forecast inflation numbers for the currency bloc would also be Euro-supportive, as would Greek MPs voting to pass the nation’s third bailout. If the rest of the day’s news is upbeat, we could see the Euro drive the Pound back down to its recent monthly low before the close of trading.

The 5% devaluation of the Chinese Yuan led some industry experts to bet that the Federal Reserve might be put off increasing interest rates in the face of an uncertain global economic outlook. However, as the central bank also recently stressed that domestic data would dictate the timing of the first adjustment to borrowing costs, Thursday’s Advance Retail Sales report (which confirmed forecasts for 0.6% growth) was well received by investors and sent the US Dollar trending higher. If today’s US Industrial/Manufacturing Production and confidence figures are also encouraging, the ‘Greenback’ may extend gains during the afternoon.

With the volatility inspired by the devaluation of the Chinese Yuan easing, the Australian Dollar was able to stabilise on Friday. Demand for the South Pacific currency also increased as Reserve Bank of Australia Assistant Governor Christopher Kent delivered a fairly positive assessment of the domestic labour market. Kent also inferred that interest rates could remain on hold for the foreseeable future, helping to dampen concerns that news from China might push the RBA into cutting borrowing costs further. 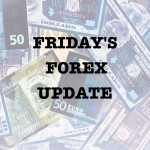 The New Zealand Dollar softened against a number of its main currency counterparts during the local session as domestic retail sales figures disappointed expectations. Retail sales excluding inflation had been expected to rise by 0.5% in the second quarter on a quarter-on-quarter basis, but consumer spending only increased by 0.1%. The figure for the first quarter was negatively revised to 2.3%. If today’s US reports print well and bolster rate hike predictions, the ‘Kiwi’s slide may continue.

With the US Advance Retail Sales number supporting the case in favour of higher borrowing costs, demand for the Canadian Dollar eased during the North American session. The ‘Loonie’ failed to derive much support from Canada’s New Housing Price Index, despite the measure climbing by a better-than-projected 0.3% on the month. A slide in oil prices put the Canadian Dollar under pressure prior to the release of Canada’s Manufacturing Shipments report.

The Rand plummeted to a fresh 14-year low against the US Dollar on Friday and hit a record low against the Pound as domestic growth concerns and US rate hike expectations saw investors ditch the emerging-market asset.

India opts for French jet over the Eurofighter