Use of cholesterol lowering drugs is associated with a one third lower risk of stroke in older adults without previous disease, finds a study published in The BMJ this week.

Yet very few people over the age of 70 take part in trials testing cardiovascular drugs, so their benefit in the oldest people remains uncertain. However, lipid lowering drugs are widely used to prevent heart disease and stroke in older age groups. This is known as primary prevention.

So a research team based in France set out to determine the association between use of lipid lowering drugs (statins or fibrates) in healthy older people and long term risk of coronary heart disease and stroke.

They tracked 7,484 men and women (average age 74 years) with no known history of vascular events, such as heart attacks and strokes, living in three French cities (Bordeaux, Dijon, Montpellier). 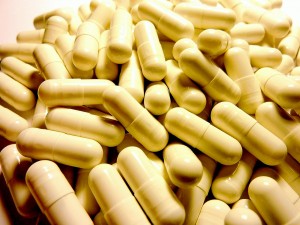 After an average follow-up time of nine years, the researchers found that use of lipid lowering drug (statins or fibrates) was associated with a one third lower risk of stroke compared with non-users. But no association was found between lipid lowering drug use and coronary heart disease.

Further analyses, taking account of age, sex, body mass index, blood pressure and blood cholesterol levels, did not show any effect modification, either for stroke or for coronary heart disease.

In a population of community-dwelling older people with no history of vascular events, use of statins or fibrates was associated with a 30% decrease in the incidence of stroke, say the authors.

This is an observational study, so no definitive conclusions can be drawn about cause and effect. Nevertheless, if replicated, the study results suggest that lipid lowering drugs might be considered for the prevention of stroke in older populations, say the researchers.

Despite some limitations, they say their data "raise the hypothesis of protection against stroke related to long term use of lipid lowering drugs for primary prevention in older people, with no difference between statins and fibrates."

They point out that, in their population, the incidence of stroke was low (overall, 0.47 per 100 person years) so a 30% reduction in stroke risk results in a limited number of avoided cases. However, "in other populations more exposed to the risk of stroke, a one third reduction in stroke risk, if confirmed, could have an important effect on public health," says Christophe Tzourio, Professor of Epidemiology at University of Bordeaux and Inserm.

This study will not change guidelines, but the results "are sufficiently compelling to justify further research testing the hypothesis that lipid lowering may be effective in the primary prevention of stroke in older people," says Graeme Hankey, Professor of Neurology at the University of Western Australia, in an accompanying editorial.

Meanwhile, for clinicians and patients, he says the decision to start statins for primary prevention of vascular disease in people over 75 "continues to be based on sound clinical judgment" after considering each person's predicted vascular risk with and without statins, their predicted risk of adverse effects, and the patient's own priorities and preferences for treatment.

The problem with taxing 'non-doms'