MSNBC presenter, Chris Hayes has sparked a divided debate over the use of the word 'hero' Â to describe a soldier killed in service to his or her country.

Hayes's comments, which were made on a MemorialÂ Day centred broadcast, have received condemnation from war veteran groups and families who have lost loved ones in recent conflicts.

The American public's reaction was so harsh that it may have been the reason for Chris Hayes coming out with a public apology.

It has to be noted though that problem for many was not the subjective nature of the comments but the timing, asÂ relatives across the America united to remember the fallen who paid the ultimate sacrifice for their country.

If the comments had been made 3 weeks later this would not have hit the radar, well not as hard.

Chris said words to the affect thatÂ  he felt using the term war hero to describe a fallen soldierÂ legitimisesÂ the recent conflicts, which America has found itself involved in.

He went on to draw attention to the distinctionÂ between acts of heroism in the heat ofÂ battleÂ and a general term to describe a fallen soldier and this single point is the crux of the problem.

In the eyes of every father, mother, sister, brother, son, daughter, wife, husband and friend who has lost someone close to military service, they will always be a hero and it is right for them to remember them as such for pundits such as myself have no right to draw distinctions between the appropriation of the term hero when all we do is sit behind a laptop or camera and broadcast our sometimes inexperienced and hypocritical thoughts.

Therefore Memorial Day is a sacred day to remember the fallen and remember them as heroes because most involved signed up for their chosen service and did a job based on what they were told was good, right and patriotic to their country.

But there are some points which have been raised by Chris Hayes who vocalised the liberal position on war because the liberal opposition to the Iraq and Afghanistan conflicts is one shared by a large portion of the public.

It does not take a genius to work out that soldiers are giving their lives to unjust wars around the world at the behest of a systemically corrupt international community who do not value the lives of their soldiers.

The actions of soldiers can be questionable but war is not a civilised event and armchair speculation over their actions with the luxury of not walking in their shoes makes judgement very difficult, yet at the same time there have been deplorable actsÂ committedÂ by American troops and these can never beÂ justifiedÂ but they can be explained.

Many servicemen left their countries as good, caring upstanding members of their communities but were brutalised by the dehumanising effects of war.

So what about the matter of choice of actions within battle?

For too long I have heard people say "well everyone has a choice as to whether one should commit questionable actions when ordered".

I have the privilegeÂ to work with a former member of the armed forces who has seen conflict in it's most severe form and through speaking to himself and other members of the military there is one thing that usÂ civilians do not understand and that is an order is obeyed with very fewÂ exceptionsÂ especially when caught in the heat of battle.

Military conditioning is exactly that, it is a process which attempts to remove the questioning of orders to achieve the most effective fighting force.

So what about choice before signing up?

Since 9/11 the American people have been bombarded with war propaganda by the mainstream media and recruitment officers have beenÂ patrolling some of the most run down areas in order to find disillusioned young men and women and promising them a new life in service ofÂ their country as way to escape their predicament.

I consider myself aÂ reasonably intelligent man, but at 17 I was also very much tempted to join the army as a way to get away from the poverty of my home town.

The problem with playing the liberal choice card is simple, one must first of all be fully educated as to the implications of going to war and in full awareness of the political, economic motivations of those requesting your service.

Most people who join up for the armed services are completely oblivious to this, otherwise they would not go anywhere near a recruitment office.

Therefore the intention of entering military service is as follows:

1. To fight againstÂ tyrannyÂ and those that threaten either your country or that of a vulnerable ally.

2. To begin a career in order to provide for your family or have the means to start a family.

3. To escape your surroundings.

All of the above take a certain degree of bravery to enact and when a person lays down his or her life through the above motivation there isÂ definitely cause to appropriate the term hero.

A nation should always remember it's heroes.

But here we come to the crossroads in this opinion article and I propose three questions:

1. The combined military might of America, Britain and their allies have killed hundreds of thousands of innocent men, women and children in these conflicts so the question must be raised, are the soldiers of the aforementioned countries heroes in the eyes of the families of their victims?

2. Is a soldier who kills innocentÂ civiliansÂ under orders a hero?

3. Is the term hero too broad a brush to paint fallen servicemen and women with, or should it be left as a subjective appropriation?

Chris Hayes has drawn attention to America's Â very sore and divided perception of their country's foreign policy and to be frank there is a right and a wrong here unlike the usage of the term 'War Hero'.

America is a nation terrorising and manipulating the internal political and economic structures of other nations in order to appropriate resources to benefit the 1% who hold the wealth and power.

As a result innocent men women and children are murdered to further this agenda. This is where Chris Hayes was right in bringing this to the forefront of debate, but his timing could have been better.

I willÂ summariseÂ this by saying most American servicemen and women laying down their lives for their country are heroes fighting an unjust and evil war for a political Â and financial elite who care not for the cost to human lives be they American servicemen or innocent children blown to bits by drones.

Both soldier andÂ civilianÂ casualties in these conflicts are heroes and victims at the same time so might it be right to commemorate theÂ civilianÂ fallen alongside those who killed them.

True soldiers always respect the enemy and years after conflicts many veterans feel the need to shake hands with those they fought against, so why not remember them at War Memorial day?

As a pundit myself I have written and said things that I am far from proud of Â and Chris Hayes may now feel the same over the timing of his comments.

But in a war of information and perception journalists can, just like soldiers, make seriously bad decisions that causeÂ unintentional or ratherÂ unforeseen harm.

We all judge yet none of us are fit to do so. 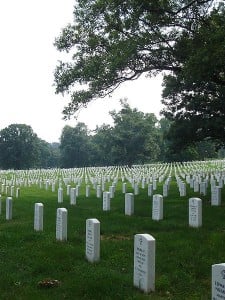