The Christmas period is traditionally a time for spending time with loved ones, gathering round the TV and indulging in too much food. But new data from Postcode Anywhere suggests that Christmas is now becoming the time to go shopping online.

Research from Postcode Anywhere found that twice as many consumers headed online this Christmas Day compared to the same period last year. The firm reveals how over 1.5 million addresses were captured via its online data platform on Christmas Day, compared to just 621,083 the year before.

However this was eclipsed by Boxing Day where almost 3 million delivery addresses were captured. This represents almost a 300% increase from the 1 million addresses looked up last year.

Of the customers looking to validate their addresses, over 32% used either a mobile or tablet device. Much of the traffic can be attributed to the iPhone which generated more traffic than any other tablet or smartphone. The iconic apple device accounted for 15% of all addresses captured; this was closely followed by the iPad at 11% and Android 6%.

Guy Mucklow, CEO of Postcode Anywhere said: "The relentless growth in online shopping – and ever-earlier sales – means that more and more of us are taking to the web on Christmas Day to secure the best bargains. 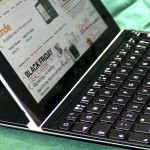 "The success of online retail over Christmas 2013 proves that ecommerce can only go from strength to strength. After several years of tough recession, dwindling high street footfall and steadily declining sales, it's great to see that the industry is finally on the up. Consumer confidence is returning and sales are once again beginning to increase.

"With millions of people in the UK either off work over the festive period, there's still plenty of time for consumers to spend their Christmas money, though the massive Boxing Day spike is unlikely to be bettered this side of New Year."