Ciara's new music video for the single "Dance Like We're Making Love" made it's world premiere last night in association with VEVO on the Sony Jumbotron in Times Square, New York City!

Directed by Dave Meyers [Katy Perry, P!nk], it's a slick, sultry, and sexy cinematic affair. Summer gets hotter than ever as the Grammy Award-winning multi-platinum superstar lights up the screen with a sizzling dance sequence, seductive pool vignette, and a lion as her co-star.

In order to introduce "Dance Like We're Making Love," Ciara was a guest on Access Hollywood LIVE yesterday where she discussed the video & album and even personally previewed an exclusive clip.

2015 continues to be a killer year for the star. After a show-stopping set at Wireless Festival in London last weekend which saw crowds spilling out of the tent, the Grammy Award winning singer returned to the US this week to sing the National Anthem at the MLB All-Star Game, while also presenting at both the ESPY Awards and Kids' Choice Sports Awards. 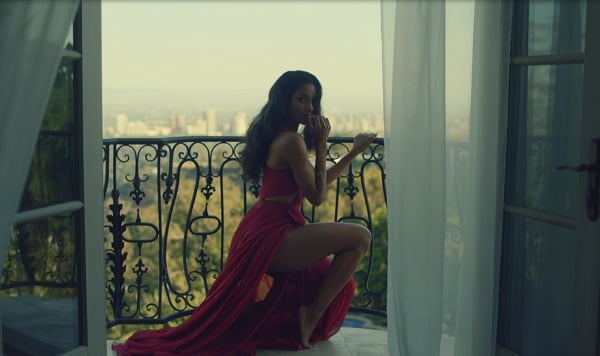