Eighty-six top performers from around the world in CISI exams were recognised at the Institute’s annual awards.

Among prizewinners honoured at a ceremony at London’s Mansion House were 18 from outside the UK, including from India, UAE, Oman, Singapore, India, Sri Lanka, Philippines and, for the first time, South Korea.

Awards were given in 56 categories. The Institute’s qualifications attract over 37,000 exam entries each year, delivered in 74 countries.

Those picking up awards came from a range of firms, Barclays leading the way with four of its employees picking up prizes. 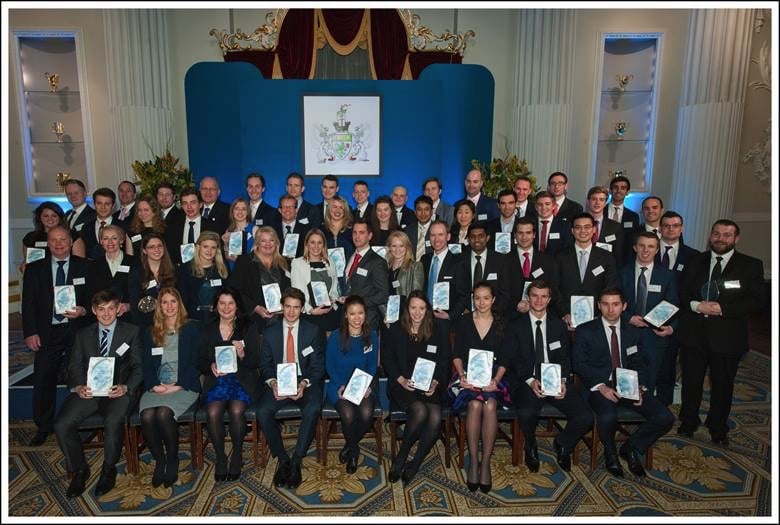 “Many congratulations to all of our candidates who have demonstrated the value of hard work in reaching their goals. Combining study with full-time or part-time employment is no mean feat and requires tremendous focus and tenacity. Thanks also to the candidates’ employers for their support throughout their studies.”

RBC Wealth Management was exclusive sponsor of the awards ceremony, which was in its 22nd year.

Six candidates shared the distinction of each winning two awards.

Munraj Dhaliwal, Global Investment Banking Analyst at RBC Capital Markets and Nikolas Pojezny, Principal at Ondra Partners, who are both based in London, were joint winners of the Corporate Finance Regulation and Certificate in Corporate Finance Awards.

Katarzyna Kmiecik, a project manager at State Street Bank & Trust and Lewis Barnes, a graduate trainee at Baillie Gifford, who both work in Edinburgh, shared the honours for the Introduction to Securities & Investment – with five other winners – and the overall Investment Operations Certificate (IOC) award. They topped the IOC category, with Carla Hollinghurst, Trust Officer at HSBC Trust Co in Southampton, from among more than 1,000 candidates for the globally recognised qualification for administration and operations staff.

Katarzyna said: “The IOC is a widely recognised qualification within the industry and within my organisation. It’s a great stepping stone to expand your industry knowledge and gain a deeper understanding of the current market trends and concepts.”

Alan Belton MCSI, Trade Support – Senior Administrator at Brown Shipley, London was winner of the Global Operations Management and Diploma in Investment Operations categories. Alan, who has recently become a CISI external specialist, said: “The qualifications help you gain a better understanding of all areas of operations, as well as providing a broad understanding of the wider financial industry.  The knowledge and skills will aid anyone looking to pursue a senior management role.”

He said: “Whether bankers need to take a CISI qualification as a requirement of the Financial Conduct Authority or not I would definitely recommend them to do so as a way to enhance their knowledge.”

The awards featured two new prizes – with candidates from outside the UK being successful in both categories.

Dulmini Sathya Sri Dharmapala from The Lanka BPO Academy in Colombo, Sri Lanka gained the award for the Certificate in Finance, Risk and Decision Making, which is equivalent to an A/S level. She said the qualification, appealed to her as it was “accepted worldwide and would help to broaden my knowledge”. Dulmini added the qualification had “already started to brighten my career pathway”, leading to a number of job offers.

Seo Hyung Kim, from South Korea, who is currently living in London, was one of eight joint winners of the Fundamentals of Financial Services award.

In the education sector, the winner of the Certificate for Introduction to Securities & Investment (Schools) was Aimee Le Mercier from Hautlieu School in St Saviour, Jersey. She studied for the exam while taking her A-levels to help realise her goal of entering the financial services industry. She said: “This qualification has given me a great headstart in my career as I have secured a job with the sponsors, RBC.” Aimee, who is working as a Corporate Actions Administrator, said: “I would definitely recommend this qualification.  After completing it, I am looking to take further CISI exams.”