Cities and local authorities can provide an alternative to the big six and create a cleaner, smarter, more competitive and affordable energy system, according to a new report from the think tank IPPR. The report urges Britain's cities to get even more active in energy markets and for the pioneers to go further.

The report shows that the market value of Europe's biggest utilities and the strength of their balance sheets are under severe pressure due to transformations in the energy system. The report says questions are now being raised – by parliamentary groups among others – about the delivery of Britain's long term plan for energy investment.

IPPR argues that cities and local authorities have a range of options open to them to invest in and support local generation, which some are already utilising. The new report argues that smaller scale electricity generation is increasingly cost effective, supports growth by smaller energy companies and delivers local jobs and growth. Cities that take forward this approach would help to ensure that subsidies for low carbon power benefit their communities rather than multi-national companies. This will in the long run help preserve greater public support for low carbon subsidies as has taken place in Germany.

The report recommends three courses of action for cities to invest in energy generation:

• Cities should work with the Green Investment Bank on discrete low-carbon infrastructure projects where there is a clear rate of return on investment.

• The report also reveals how by becoming active in the energy supply market cities could support independent generators and ensure that low income consumers are paying a fair price for their energy.

The report shows that the UK's cities are already playing a substantive and innovative role in the UK's energy market – tackling fuel poverty, investing in local clean energy and benefiting the local economy. 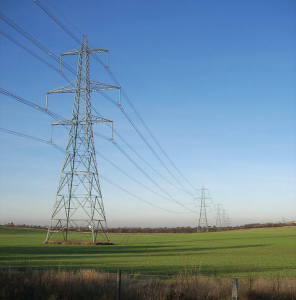 “Around the world cities are spearheading the transformation that must occur in the energy sector. In Germany, for example, the city of Munich has already invested €900 million in renewable energy projects and it has plans to invest a total of €9 billion which will enable it to supply the entire municipality of 1 million people with renewable electricity by 2025. In the UK, Lancashire County Pension Fund is investing at least £193 million in low carbon projects.

“Local generation technologies like solar and medium-scale wind are radically transforming how energy systems operate, bringing to an end the dominance of centralised generation and distribution. This will create a system which is much more diverse and competitive. Cities should grasp the opportunity this presents to support local job creation and growth and enhance the resilience of local electricity supply. This will ensure that more low carbon subsidies directly benefit British communities.”

The report lists example of current projects being pioneered by Britain's cities:

Cardiff is taking the lead in the smart meter roll out and already has a meter in 90% of the councils corporate buildings, with meter readings made viewable to the public through an online platform. The city is now focused on deploying smart meters in the council's social housing.

Building on its abundant supply of local renewable wind energy, Aberdeen is pioneering the use of hydrogen as fuel. Hydrogen, produced from water using the electrolysis technique during periods of excessive renewable generation, is being used to power the world's largest fleet of hydrogen buses.

Bristol has been awarded this prestigious award (Bristol Green Capital 2014) in recognition of the city's highly ambitious and innovative £140m energy investment programme, which covers everything from renewables deployment to comprehensive energy efficiency auditing and ownership of the electricity.

Cornwall council has supported a wide range of community energy projects throughout the county through a revolving investment fund of £2 million. The nature of the projects is very diverse covering electric vehicles, energy efficiency and renewable energy, including geothermal, marine, biogas and solar.

The Wrap Up Leeds programme led to 20,000 lofts and cavity walls being insulated in 2012. Plans are underway for a new programme in which households will be offered a comprehensive energy solution combining energy efficiency and small-scale renewables.

Lancashire County Pension Fund is proactively seeking investments in the low-carbon sector. The Fund has invested in £84m in recovery of methane from landfill gas sites and coal mines for generation of electricity, £50m in biomass electricity generating plants, £17 million in a separate Solar Energy Fund, £12 million investment in Westmill Solar, and has recently made a £30 million commitment to a clean energy fund focussed on wind energy assets. It is promoting the installation of solar PV across all suitable roofs of its £435 million commercial property portfolio with 17 installations currently agreed with tenants representing a £3 million investment in solar.

Through a ground-breaking international collaboration with Hitachi, funded primarily by a semi-governmental Japanese organisation, Manchester is trialling innovative technologies and techniques to manage demand for energy. Through the 'Smart Community Demonstration Project' 600 air-source heat pumps will be installed into council-owned homes linked to a 'smart' aggregation system that will reduce the level of electricity used at times of peak demand when prices are at their highest.

Nottingham has a legacy of local heat production stretching back to the 1960s, including for example the Eastcroft energy-from-waste combined heat and power plant. Enough heat is generated locally for 4,700 homes and 115 commercial properties, at the same time as 20GWh of electricity is generated.

Oldham has spearheaded the rise in collective switching schemes, in which people pool their collective bargaining power to get lower tariffs from energy companies. The 'Power to the People' scheme involved over 8000 residents and achieved an average saving of £171 for participants in the first year it operated. Oldham has since run a number of additional schemes and is now collaborating with ten other local authorities.

The council owned energy services company, Thamesway Energy Ltd, has invested £3m in buying legacy energy generation assets with a further £9m spent on new generation assets, including combined heat and power plants and renewables. As a result of these investments more than 60 local generators now provide local customers through a 'private wire' network which is 99.85% self sufficient from the grid.

The GLA is the first organisation to try and become a 'junior supplier' under Ofgem's 'licence lite' model, which is discussed in the report. If successful the GLA intend to purchase locally produced energy from heat, waste and renewable sources and supply large local consumers, such as Transport for London, at preferential rates.

More of the same as Yen and Swiss hit key levels