New research in a study by the Bureau for Investigative Journalism reveals that not only has City financing of the Tory party doubled since David Cameron became the leader in 2005, but that it also now makes up just over 50% of the total donated.

The figures in the report show that City finance to the party increased soon after Cameron took over then again in the latter period of the last Labour government under Gordon Brown. 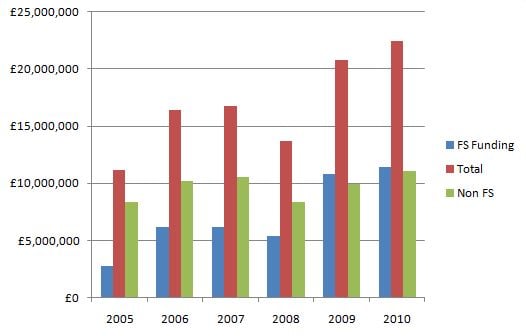 But it also shows that funding from other sources has remained relatively stable over the years, so the major increases to the parties coffers have come from the financial sector. 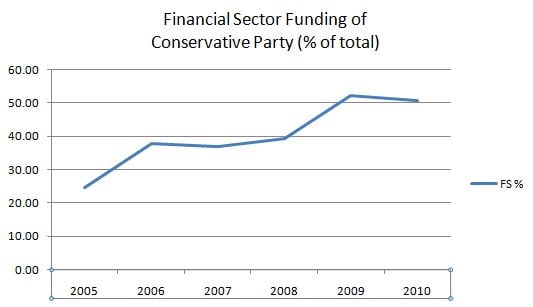 The Bureau of Investigative Journalism also shows a list of the top ten financiers that donated to the Tory party coffers. The list is headed by David Rowland who contributed over £4 million in just two years. At the bottom of the top ten list is Paul Ruddock (hedge fund sector) with £465,000. The total given to the party by these individuals is a tad over £13 million.

But with the Chancellor's decision to impose a surprise extra tax on the banks of £800 million yesterday, one wonders if this trend of increasing City funding to the party will soon reverse.

Impact of population ageing has been exaggerated, say experts