With recent high-profile campaigns such as the Coalition For Marriage, some commentators have been quick to reach for the phrase “US-style Religious Right” to describe changes in the British political and religious landscape. However, a new report from the religion and society think tank Theos calls for caution in using this language.

Andy Walton, author of the report said, “The British theological and political context is just too different from the American one for us to see the same kind of ‘Religious Right’ emerging here, at least for the foreseeable future. For a start, the number of committed Christians is much smaller, religion plays a less important part in their voting patterns, and Christian organisations have significantly less access to political power than in America.

“More importantly, however, committed believers tend to be economically left-of-centre and there are no signs of believers favouring one political party for their agenda, as happened in America. Ultimately, none of the organisations examined in this report fully fits the model of the US Religious Right, despite an increase in profile. 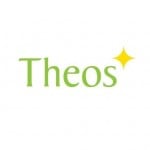 “This is not to say that we might not move in that direction at some point in the future. However, the report argues that several factors – the long-standing influence of Christianity, particularly Roman Catholicism, on left-wing of British politics; the presence of the established churches; the lack of a viable Christian media market; and the tendency of evangelical leaders to be non-partisan– means it looks unlikely.

“The use of the term “US style Religious Right” is therefore inaccurate and makes it more difficult to have a reasoned and thoughtful public conversation about some of our biggest questions.”