Global warming threatens to accentuate existing threats and risks in the developing world as well as in industrialised countries. It is the main reason for how security policies around the globe are developing and will be a central peace policy of the 21st century.

Today's climate change is a fact. Scientific data has established that the climate system is growing warmer and long-term changes to the climate are expected. Therefore, climate policies must deal equally with the adaption to unavoidable outcomes of climate change and at the same time with the dramatic rise in temperatures.

Climate change impacts will fuel the policies of resentment between those most responsible for climate change and those most affected by it. Impacts of climate mitigation policies will thus drive political tension nationally and internationally.

The potential rift not only divides North and South but there will also be a South-South dimension, especially as the Chinese and Indian share of global emissions rises.

It is important to recognise that many issues related to the impact of climate change on international security are interlinked requiring comprehensive policy responses. Developing countries will experience shortages of potable water. It is expected that in some African countries the harvest of rain dependent crops will diminish by up to 50%!

The shortage of resources, such as water, will undermine human security and is expected in countries that are unable to adapt their production of food to a changing climate environment.

Climate change will alter rainfall patterns and further reduce available freshwater by as 30% in certain regions. The consequences will be even more intense in areas under strong demographic pressure.

Therefore, local governance capabilities are a major factor in determining whether this kind of conflict can be resolved politically or will cause further destabilisation.

In developing countries the institutional stability is exactly the one that is lacking. Also today, the results of events in remote regions of the world are significant threats to the domestic security of industrialised nations.

Another trend is also now developing. That is the link between climate change and energy security. One of the most significant potential conflicts over resources will arise from intensified competition over access and control of energy resources. Almost all nations anticipate growth in energy usage in the coming decades. Climate change will complicate energy choices and heighten anxieties about future supplies of energy, especially oil, as the transition from highly polluting fossil fuels to cleaner sources of energy gathers momentum. 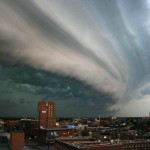 Therefore, preventive measures are a must, but at the same time it opens new possibilities of action while searching for new security measures. It should be underlined that dealing with climate change and finding solutions needs a multicultural approach. Private corporations should take the lead on tackling emissions rather than wait for governments to pass legislation. There is urgent need for business to assess and address their impact on global warming. Action by private corporations will then prompt governments to pass legislative actions to address the climate change challenge effectively and economically.